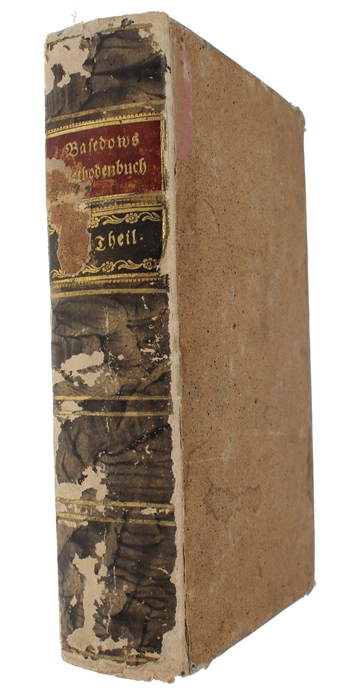 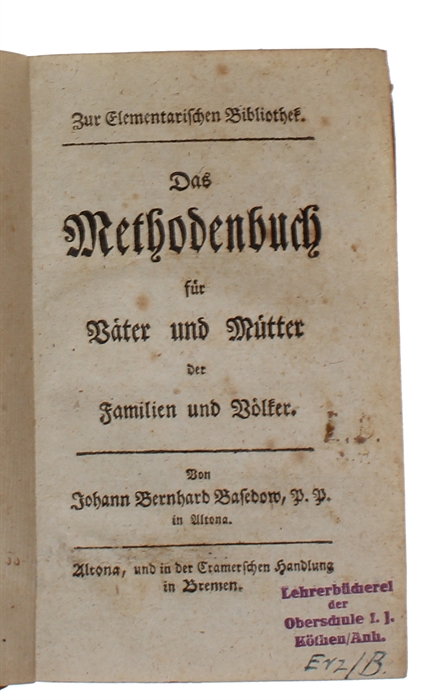 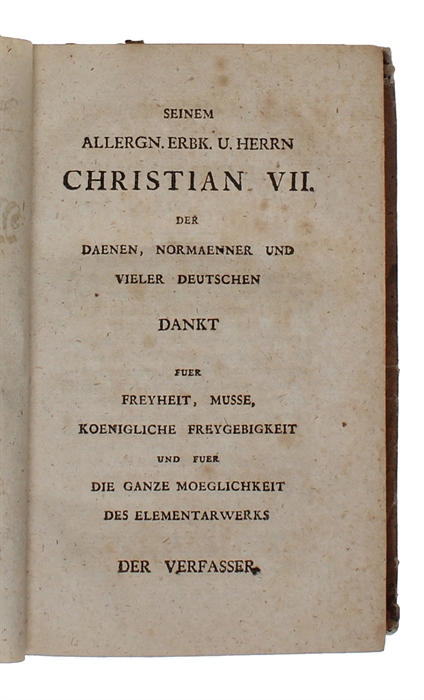 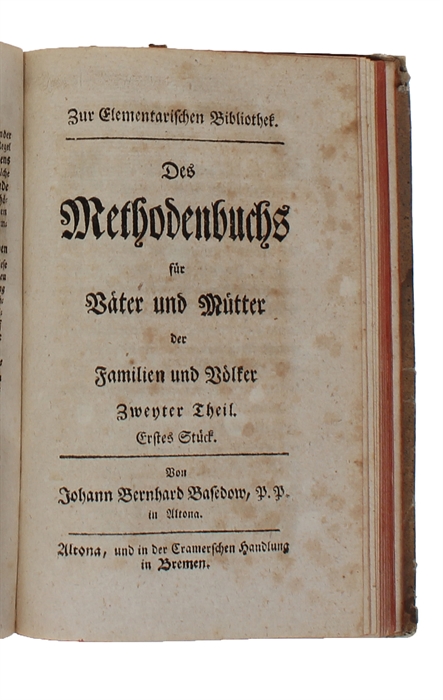 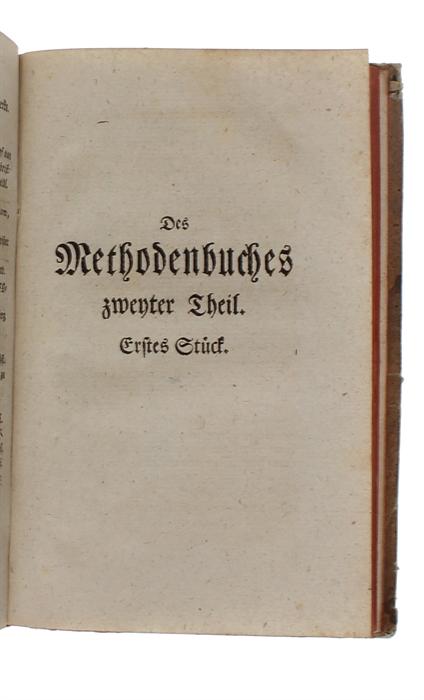 Very scarce first edition of Basedow's main work in educational theory meant to explain his "Elementarwerk".
He was strongly influenced by Rousseau's ideas on education in Emile, and he proposed the reform of schools and of the common methods of instruction, the establishment of an institute for qualifying teachers and solicited subscriptions for the printing of a new, illustrated, book, Elementarwerk ("Elementary Book"), where his principles were to be explained at length assisted by "Das Methodenbuch".

Basedow was called to Denmark in 1753 to become professor at Soroe Akademi, where he stayed for 8 years. He was dismissed to Altona in 1761 caused by his theological views going against the prevailing orthodoxy. While he stayed in Soroe he published his "Praktische Philosophie für alle Stände", 1758.