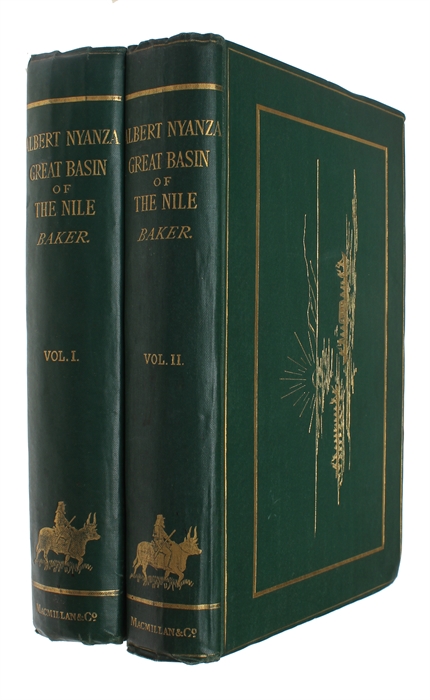 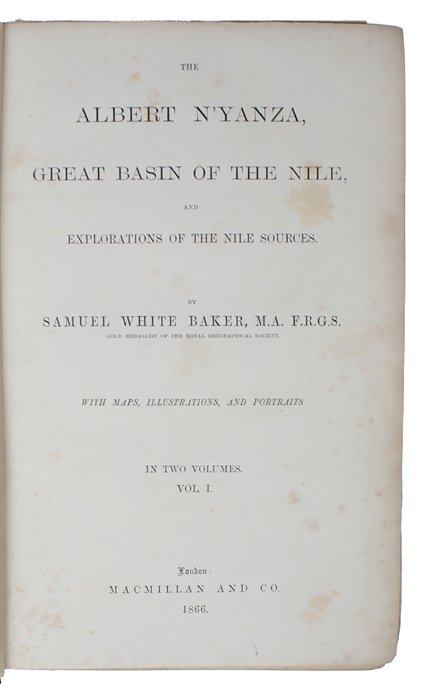 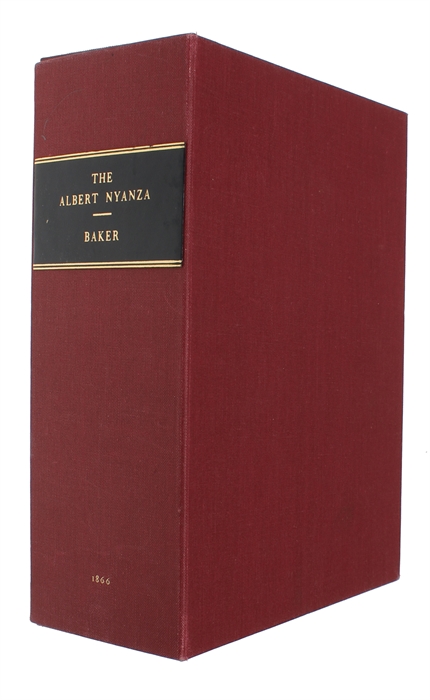 THE DISCOVERY OF THE LAST GREAT SOURCE OF THE NILE

The Albert Nyanza, Great Basin of the Nile, and Explorations of the Nile Sources.

First edition of Baker's famous account of his discovery of the last great source of the Nile, Speke and Grant having established Lake Victoria Nyanza as the source of the White Nile and Bruce discovering the source of the Blue. The present work constitute one of the great travel narratives on African exploration.

“First published in two illustrated volumes in 1866, this account of his most celebrated expedition is amongst the most important works of its type. Baker promises 'to take the reader by the hand, and lead him step by step … through scorching deserts and thirsty sands; through swamp and jungle … until I bring him, faint with the wearying journey, to that high cliff … from which he shall look down upon the vast Albert Lake and drink with me from the sources of the Nile!' Volume 2 finds Baker a prisoner of a native king. Baker offers a number of 'gifts' to buy his release, and after an arduous journey, with his wife in a coma, in March 1864 he reaches Luta N'zige, which he renames in memory of Prince Albert. A compelling account of an historic adventure.” (Editor’s note to the facsimile reprint published by Cambridge University Press (2011))