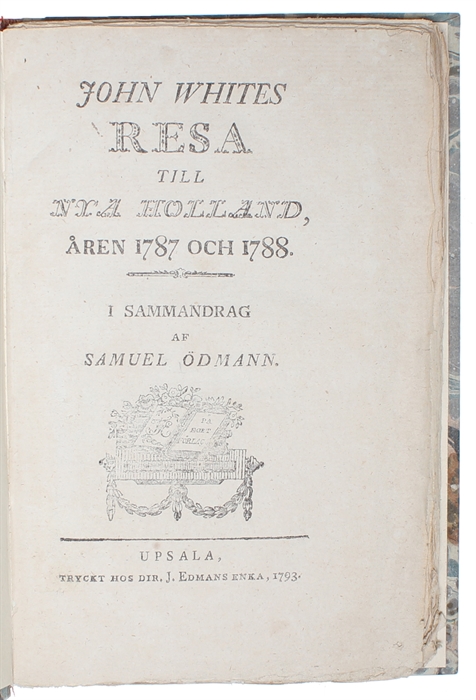 First Swedish translation (abbreviated) of John Whites, principal naval surgeon for the voyage of the First Fleet to Australia. In 1788 White was appointed Surgeon-General of New South Wales [Nya Holland] and organized a hospital for the new colony, somewhat hampered by a lack of medical supplies. He became interested in the native flora and fauna of the new land and investigated the potential of Australian plants for use as medicine. He observed the olfactory qualities of eucalyptus and distilled eucalyptus oil in 1788.
The work was translated by Samuel Ödmann (1750-1829) who also translated works by James Cook, Pierre Sonnerat and Carsten Niebuhr.