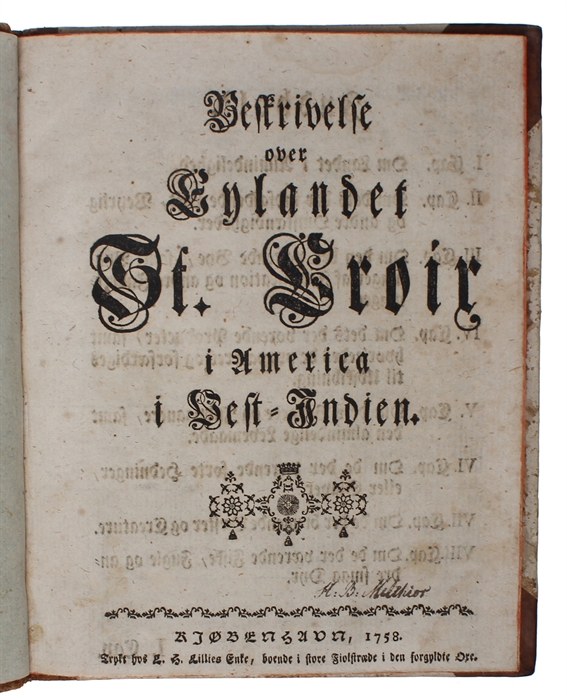 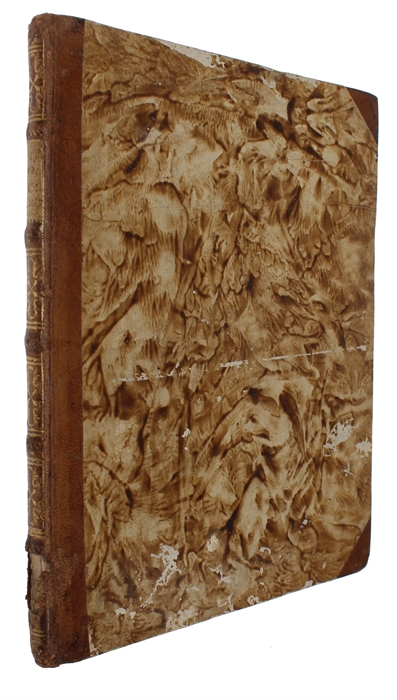 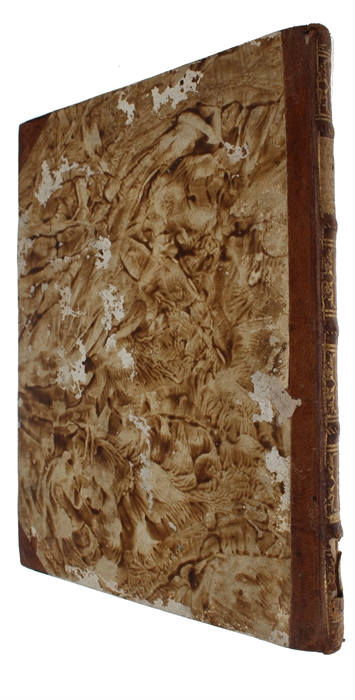 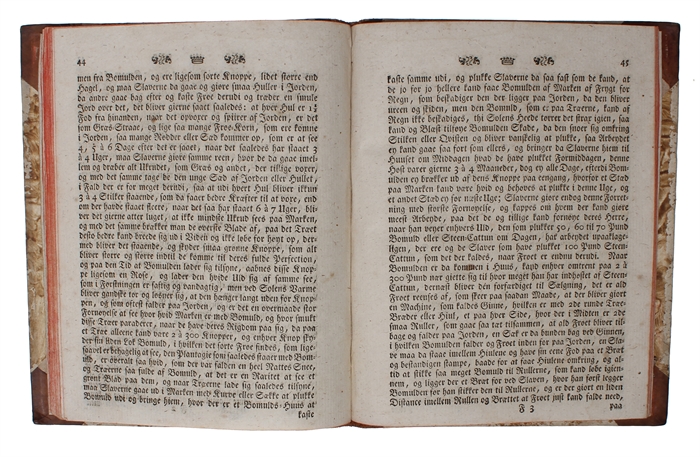 Beskrivelse over Eylandet St. Croix i America i Vest=Indien. (i.e. English: "Description of the Island of St. Croix in America in the West Indies").

4to (203 x 160mm). In a very nice contemporary half calf binding with five raised bands and gilt ornamentation to spine. Lower compartment of spine with some loss of leather. Marbled boards with wear. End-papers renewed but with near contemporary paper. Previous owner's name to title-page. Internally very nice and clean. 72 pp.

The extremely scarce first edition of the first printed account of the island of St. Croix under Danish rule. It contain descriptions of the geology, topography and natural history and present detailed descriptions of sugar cultivation and production and the conditions of the slaves.
Haagensen settled on the island immediately after Danish occupation (1733) as plantation owner and Danish official.

In 1725, St. Thomas Governor Frederik Moth encouraged the Danish West Indies Company's directors to consider purchasing Saint Croix (then known as Santa Cruz). On 15 June 1733, France and Denmark-Norway concluded a treaty by which the Danish West India Company bought Saint Croix for 750,000 livres. Louis XV ratified the treaty on 28 June, and received half the payment in French coins, with the remaining half paid in 18 months. On 16 November 1733, Moth was named the first Danish governor of Saint Croix. The 1742 census lists 120 sugar plantations, 122 cotton plantations, and 1906 slaves, compared to 360 whites on the island. By 1754, the number of slaves had grown to 7,566. That year, King Frederick took direct control of Saint Croix from the company.

For nearly 200 years, Saint Croix, St. Thomas and St. John were known as the Danish West Indies. By the mid to late 18th century, "at the peak of the plantation economy, the enslaved population of Saint Croix numbered between 18,000 and 20,000, the white population ranging between 1,500 and 2,000". (Loftsdóttir, Kristin, and Gísli Pálsson, "Black on White: Danish Colonialism, Iceland and the Caribbean").
In 1916, Denmark sold Saint Croix, St. Thomas, and St. John to the United States, formalizing the transfer in the Treaty of the Danish West Indies, in exchange for a sum of US$25 million in gold.