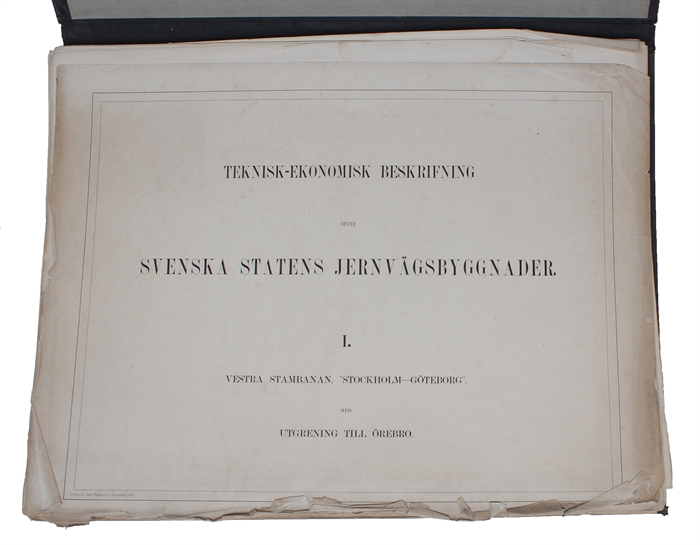 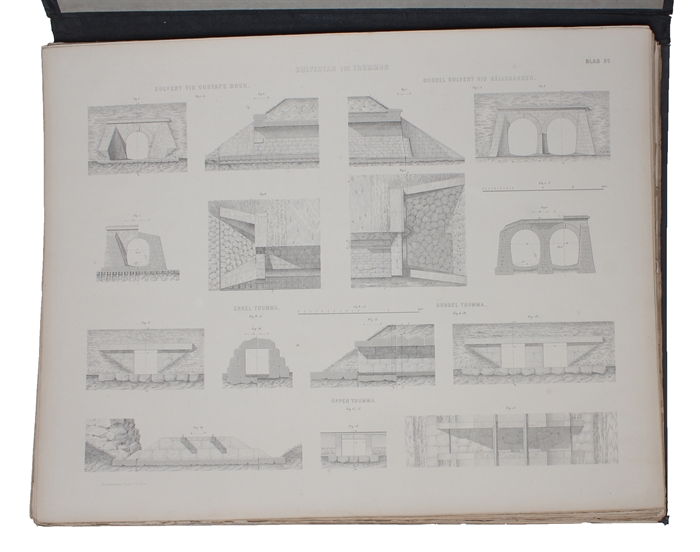 A very rare and fine set of 106 lithographed plates depicting the Swedish trailway buildings and trains. Sweden started building railways comparatively late. Sweden hesitated under heavy debate for several years because of the costs and other issues. Following the parliament's decision in 1854 a colonel of the Navy Mechanical Corps, Nils Ericson, was chosen as the leader for the project of building the main lines (stambanorna).
His proposal was that the line between Gothenburg and Stockholm (Västra Stambanan) should run south of Lake Mälaren to avoid competition with shipping. This was completed in 1862.He also proposed that the line between Malmö and Stockholm (Södra stamabanan) should go to Nässjö and then on to Falköping, where it would meet up with Västra stambanan. There was a decision that, for military reasons, the railways should avoid the coasts as much as possible.

When Ericson resigned in 1862 his authority was divided between two agencies - Byggnadsbyrån (The Building Bureau) and Trafikbyrån (The Traffic Bureau). In 1888 the agencies were combined again as Kungliga Järnvägsstyrelsen (The Royal Railway Committee).