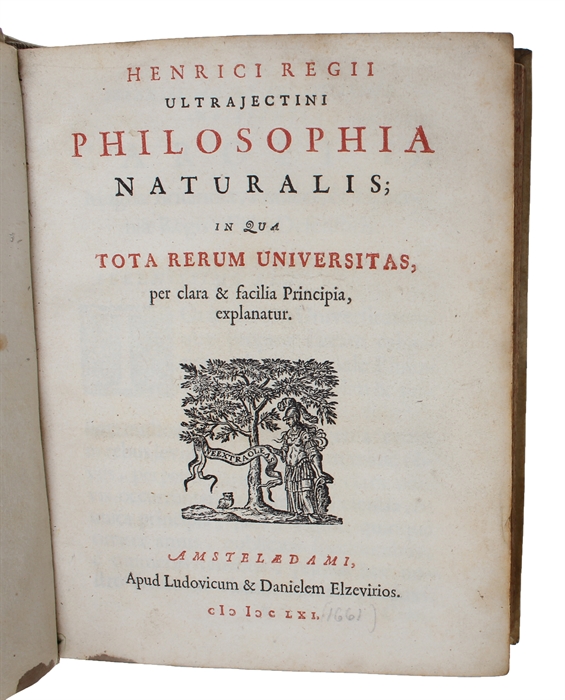 Third edition (appeared 1651 a. 1654). This is edition having the 2 plates which appears here for the first time and not in the earlier editions.
Henricus Regius (in Dutch: Hendrik de Roy) may be recognised today primarily as one of Descartes' correspondents. However, he was also the author of a textbook of natural philosophy, Fundamenta physices (1646), which offered an alternative to Cartesian epistemology and metaphysics. His correspondence with Descartes, and his simultaneous controversy with G. Voetius during the 1640s, reflected Regius' efforts to establish his intellectual independence from scholastic philosophy and Cartesian metaphysics.(Stanford Encyclopedia of Philosophy).