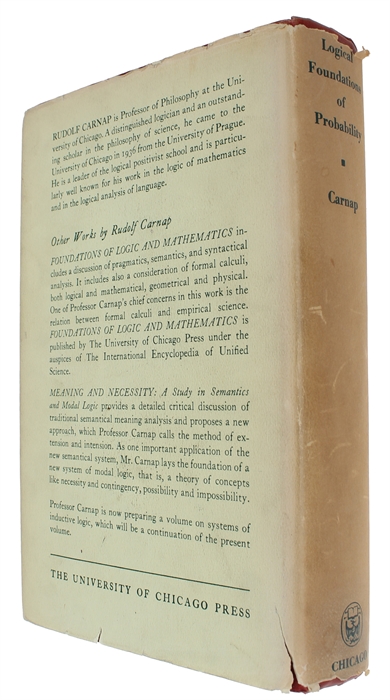 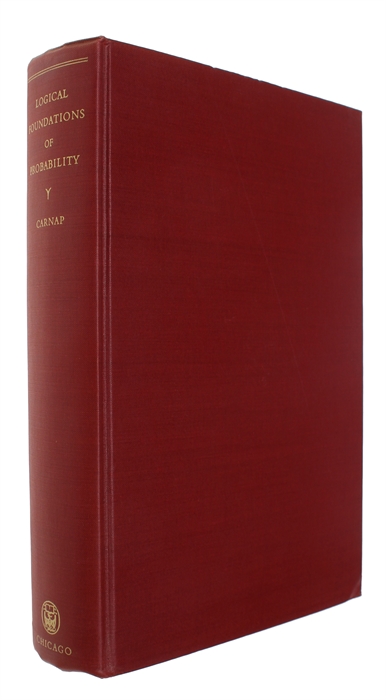 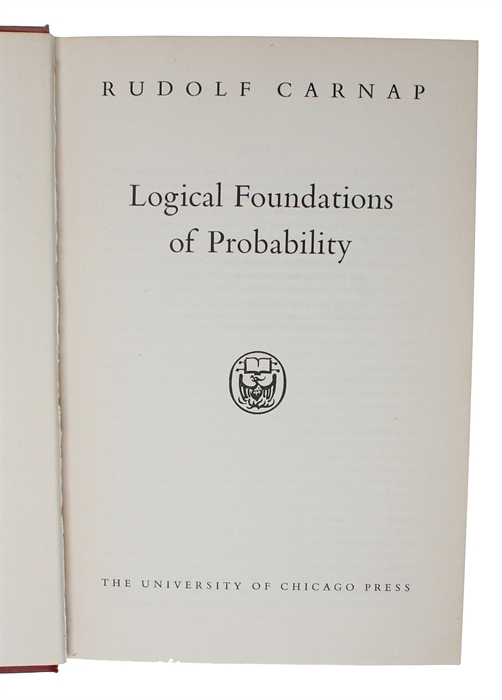 8vo. In the original red cloth, spine with gilt lettering. Dust jacket with miscolouring to spine and upper and lower capitals with a with tears. Ex-libris (Knud Lundbæk) pasted on to pasted down front end-paper. Inner front hindge split. Otherwise a good copy. XVII, (1), 607, (1) pp.

First edition of Carnap’s important work on inductive logic which “led to a renaissance in the use of probability theory to model the inductive process” (Cambridge Companion to Carnap).
He here turned his attention away from the more traditional deductive inferential frameworks on which he had so far primarily focused and towards the newer probabilistic and statistical frameworks now being constructed and applied with increasing frequency in the physical, biological, and social sciences.

Rudolf Carnap (born 1891 in Ronsdorf, Germany, died 1970 in Santa Monica, California) was an immensely influential analytic philosopher, who has contributed decisively to the fields of logic, epistemology, semantics, philosophy of science, and philosophy of language. He was one of the leading figures of the Vienna Circle, and a prominent logical positivist. He studied philosophy, physics and mathematics at the universities of Berlin and Freiburg, and worked at the universities of Jena, Vienna and Prague until 1935, when he, due to the war, emigrated to the U.S., where he became an American citizen in 1941. In America he became professor of the University of Chicago.