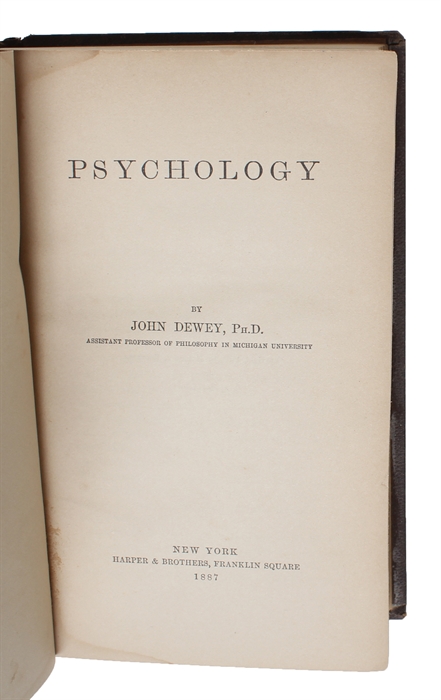 First edition of Dewey's landmark work - one of the earliest American original contributions to psychology - in which he reformulated psychology focusing more strongly on the social environment and on the activity of mind and behavior than the psychophysics-inspired physiological psychology.

This work "attempt to unite into a single system the neo-Hegelianism of Morris and the experimental psychology of Hall, or, as Dewey put it, to identify psychology with "philosophic method." During these years he moved toward a more liberal religious stance as well as toward what he would later term "instrumentalism," the view that ideas are tools for resolving and reconstructing problematic situations." (American national biography