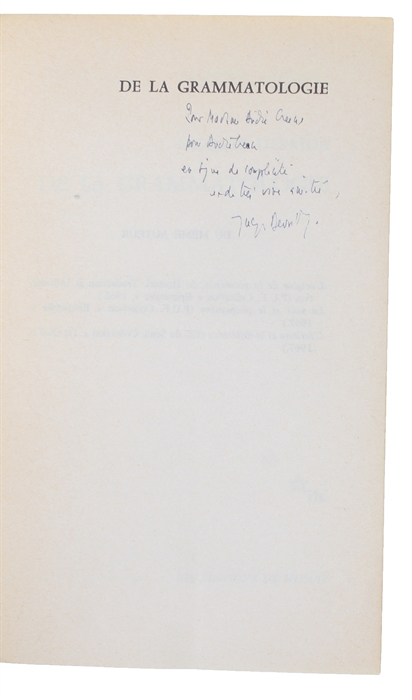 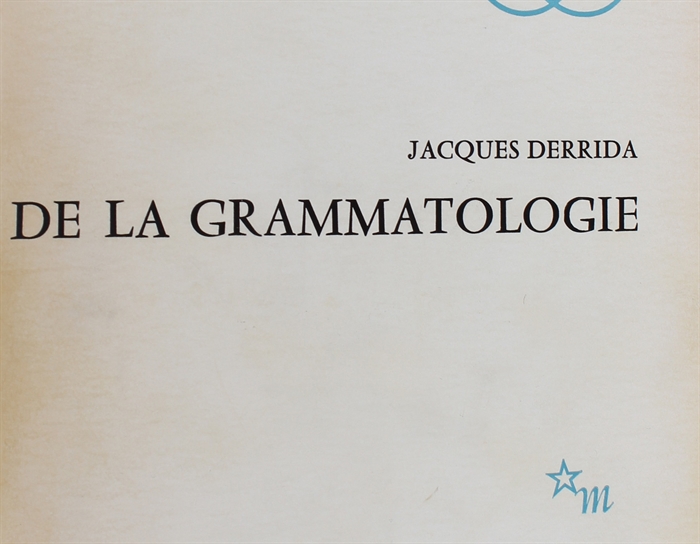 1967 marks a turning point in the history of modern philosophy, constituting the birth of "Deconstruction". In this one year, Derrida publishes all of his three break-through books, "De la grammatologie", "L'écriture et la difference" and "La Voix et le phenomene", profoundly altering the course of modern thought. Although all three books are responsible for the introduction of Deconstruction, it is primarily "De la Grammatologie", Derrida's magnum opus, that has come to be associated with this groundbreaking concept.

This magnificent presentation-copy of Derrida's main work unites two of the greatest intellectual thinkers of the 20th century, both having profoundly altered the face of psychoanalysis and intellectual history in general. As Derrida is considered one of the greatest philosophers of the 20th century, so André Green (1927 - 2012) is considered one of the most important psychoanalytic thinkers of our times, creating what is now known as the Greenian theory of psychoanalysis.