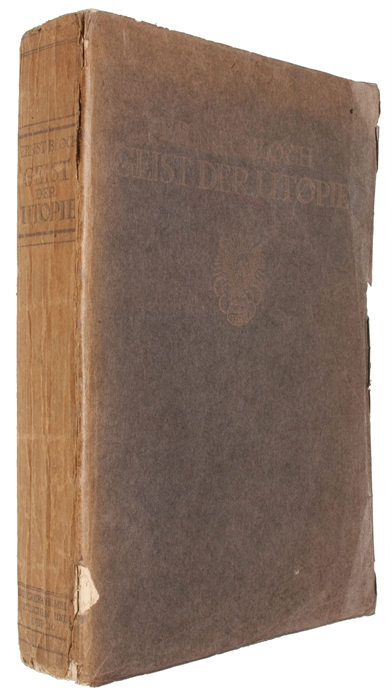 München und Leipzig, Duncker & Humblot, 1918. Lex 8vo. Uncut in the orig. dark grey-brown wrappers, printed in gold on front wrapper and spine. Spine and lettering thereupon faded. Some smaller nicks, creases and loss of paper to extremities. Minor loss to capitals and two smaller holes w. a bit of loss to hinges. Overall an excellent copy in the fragile wrappers, rarely seen in such fine condition. Internally some minor brownspotting throughout, due to the paper-quality. With the ownership signature of J.B. Dumont deted "Sept. '21" to title-page and his stamp on half-title. 445 pp.