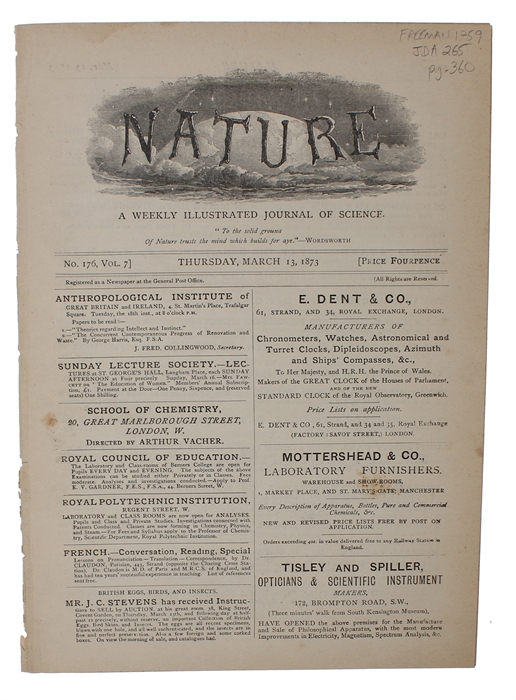 Perception in the Lower Animals.

First appearance of Darwin' comment on Aldred Wallace's suggestion that animals find their way home by recognising the odour of the places which they have passed.

In the comment Darwin describes the following anecdote: "Many years ago I was on a mail-coach, and as soon as we came to a public-house, the coachman pulled up for the fraction of a second. He did so when we came to a second public-house, and I then asked him the reason. He pointed to the off-hand wheeler, and said that she had been long completely blind, and she would stop at every place on the road at which she had before stopped. He had found by experience that less time was wasted by pulling up his team than by trying to drive her past the place, for she was contented with a momentary stop. After this I watched her, and it was evident that she knew exactly, before the coachman began to pull up the other horses, every public-house on the road, for she had at some time stopped at all. I think there can be little doubt that this mare recognised all these houses by her sense of smell." (From the present paper).