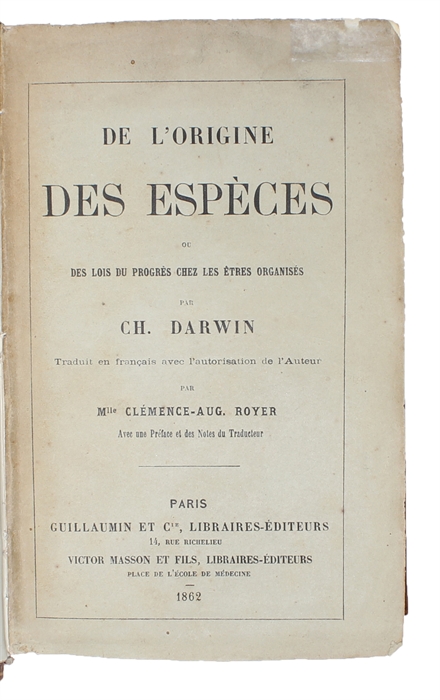 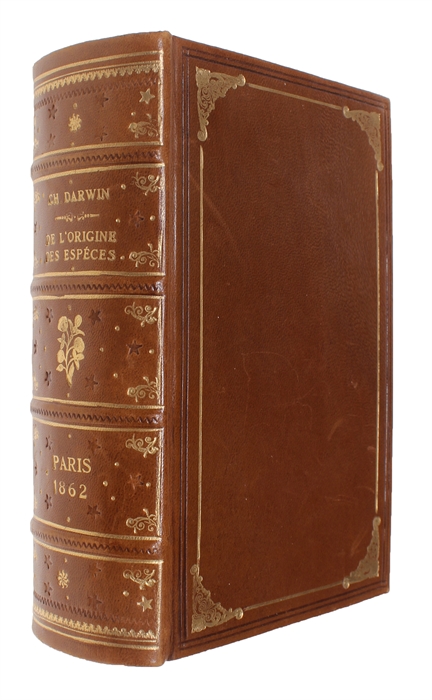 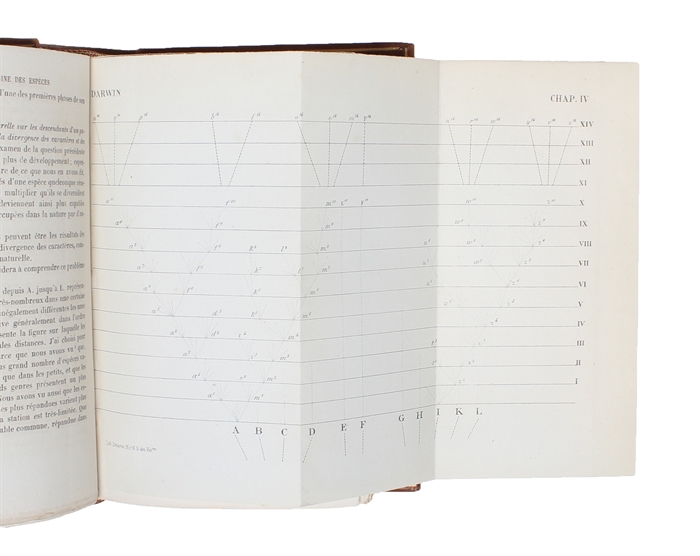 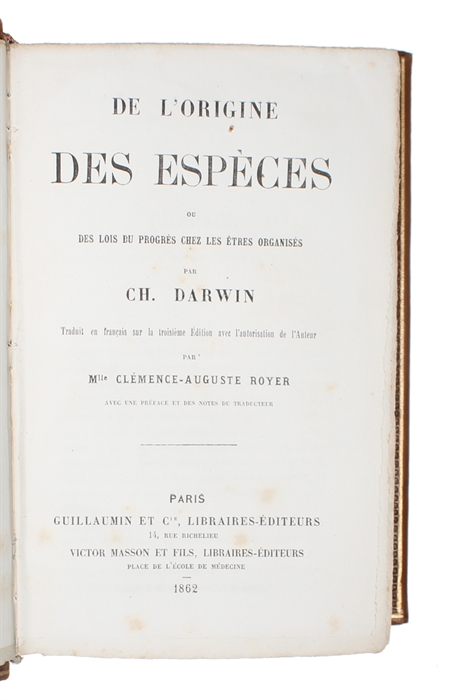 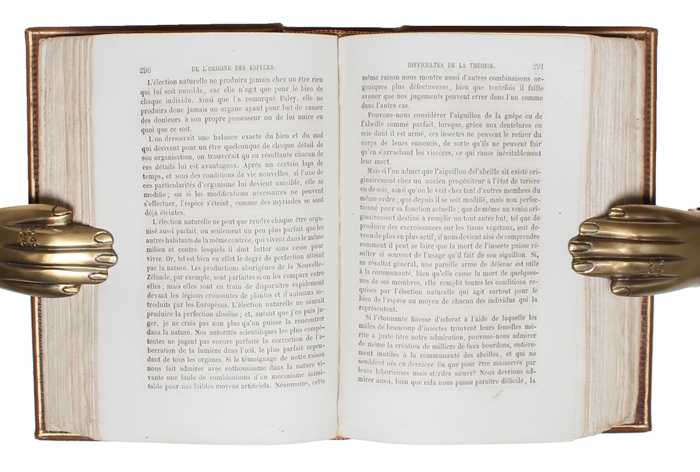 FIRST FRENCH EDITION OF THE "ORIGIN"

The scarce first edition of the controversial first French translation - bound partly uncut and with the original wrappers - of Darwin's masterpiece, one of the most important books ever printed. This famed translation - done by self-taught female scholar - ended up causing quite a stir and adding to the theory of evolution some for Darwin quite unforeseen interpretations. Because of this, the translator, Clémence Royer, gained notoriety as one of the leading eugenicists of the time.
Darwin was very eager to have his work published in French. It is not known exactly how he happened on Royer as the translator, but as she was familiar with the works of Lamarck and Malthus, immediately realized the importance of Darwin's work and also had close connections to the French publisher Guillaumin, she must have seemed perfect for the job. She had a naturalist help her with the biologically technical parts and made an excellent job of the translation. There was one big problem, however - she went well beyond her role as a translator and added a 60-page preface and numerous explanatory footnotes that Darwin had not seen before publication.
In the preface, she challenged the belief in religious revelation, she discussed the application of natural selection to the human race, and she presented a pure eugenic theory, explaining the negative consequences of protecting the weak and the infirm. She also promoted her concept of progressive evolution, which had more in common with the ideas of Lamarck than with those of Darwin. Right after having seen the translation, Darwin wrote in a letter to the American botanist, Asa Gray:
"I received 2 or 3 days ago a French translation of the Origin by a Madelle. Royer, who must be one of the cleverest & oddest women in Europe: is ardent deist & hates Christianity, & declares that natural selection & the struggle for life will explain all morality, nature of man, politicks &c &c!!!. She makes some very curious & good hits, & says she shall publish a book on these subjects, & a strange production it will be."
After some reflection, however, Darwin began having more serious doubts, and about a month later he wrote to the French zoologist Armand de Quatrefages: "I wish the translator had known more of Natural History; she must be a clever, but singular lady; but I never heard of her, till she proposed to translate my book." He had now also read the footnotes and wrote to Joseph Hooker: "Almost everywhere in Origin, when I express great doubt, she appends a note explaining the difficulty or saying that there is none whatever!! It is really curious to know what conceited people there are in the world."


Freeman No 655 (Freeman does not mention the plate, which is present here).