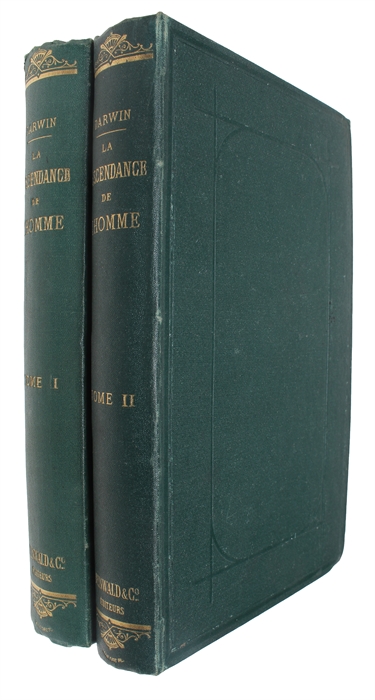 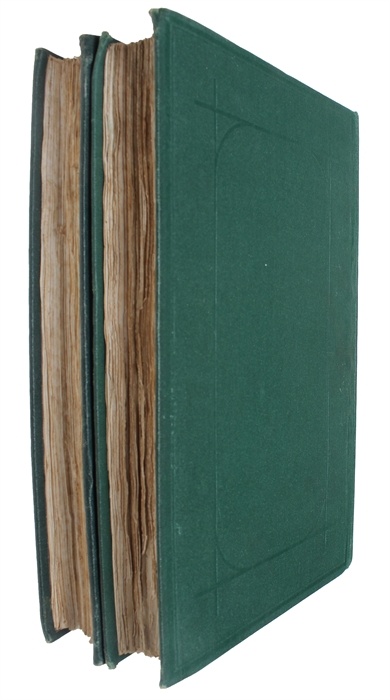 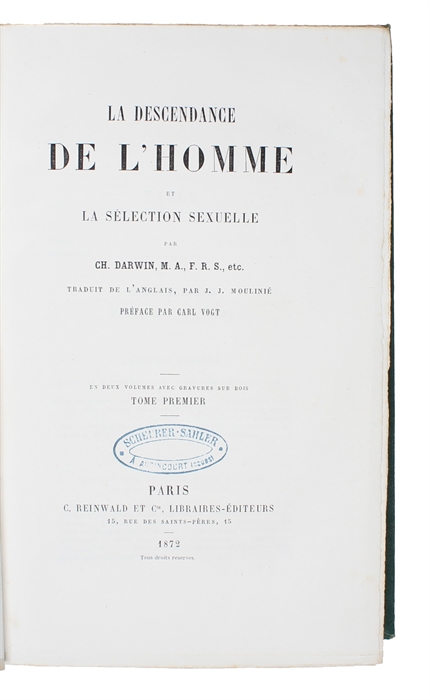 First French translation of Darwin's 'Descent of Man'. Whereas "Origin of Species" established Darwinism as a turning point in nineteenth-century biology "The Descent of Man" helped built a bridge between biology, the social sciences, and the humanities and made Darwinism a broad system of research designs, theoretical principles, and philosophical outlook.

"Darwin wrote, in the preface to the second edition, of 'the fiery ordeal through which this book has passed'. He had avoided the logical outcome of the general theory of evolution, bringing man into the scheme, for twelve years, and in fact it had, by that time, been so much accepted that the clamour of the opposition was not strident. He had also been preceded in 1863 by Huxley's Man's place in nature. The book, in its first edition, contains two parts, the descent of man itself, and selection in relation to sex. The word 'evolution' occurs, for the first time in any of Darwin's works, on page 2 of the first volume of the first edition, that is to say before its appearance in the sixth edition of The origin of species in the following year." (Freeman).

It was translated into Danish, Dutch, French, German, Italian, Polish, Russian and Swedish in Darwin's lifetime and into ten further languages since.