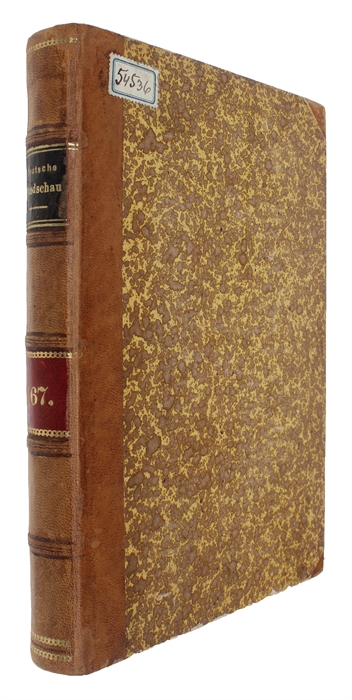 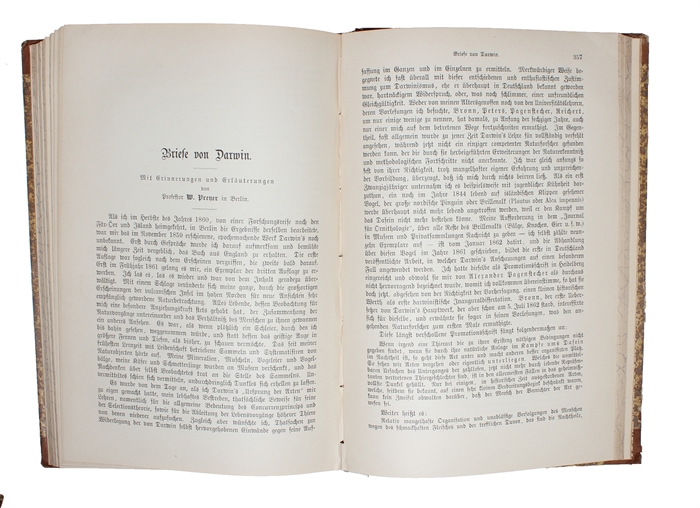 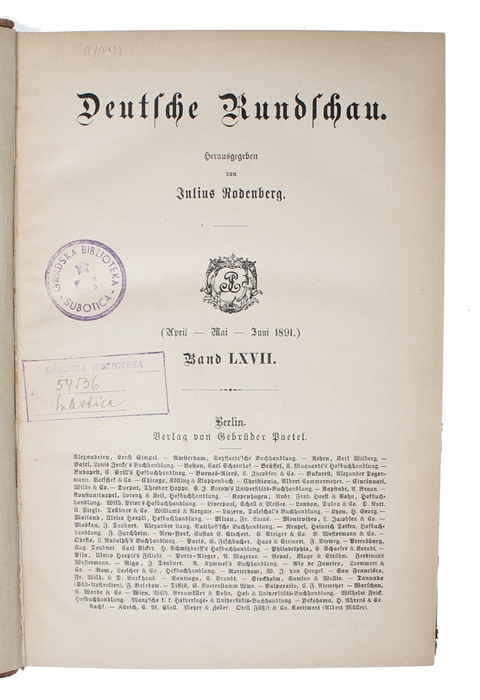 The Exceedingly rare first (and only 19th century) translation of Darwin's first published work "Letters on Geology" from 1835. The pamphlet was initially published without Darwin's consent and he was "a good deal horrified" when he learned about the publication, which explains the posthumous translation.

The work contains extracts from ten letters written by Darwin to John Stevens Henslow (1796-1861) during his five-year voyage on the Beagle. Henslow, the charismatic and well-connected Regis Professor of Botany at Cambridge, was Darwin's close friend and first mentor in natural history and responsible for obtaining for Darwin his position as ship's naturalist aboard the Beagle. Henslow had this pamphlet printed without Darwin's knowledge for distribution amongst the members of the Cambridge Philosophical Society "in consequence of the interest which has been excited by some of the Geological notices which they contain, and which were read at a Meeting of the Society on the 16th of November 1835" an act which secured Darwin's reputation with the scientific community even before his return to England in October, 1836.

"It has always been assumed that it was issued, to members of the Cambridge Philosophical Society, in December 1835 and this is probably so , but I have not seen a copy with a dated ownership inscription, or accession stamp, for that year" (Freeman).
The original pamphlet was reprinted in facsimile in 1960, again for private circulation in the Cambridge Philosophical Society and for friends of that Society. Only two translations has been made: The present first and a Russian from 1959 (Freeman 7).