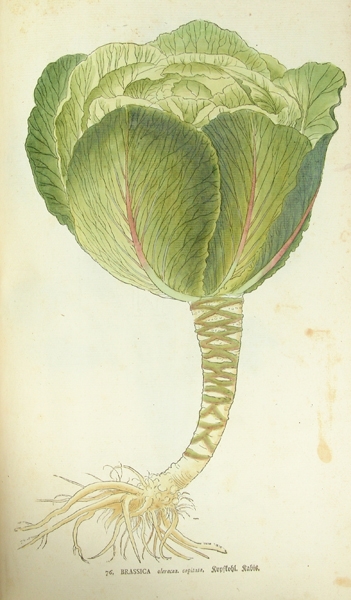 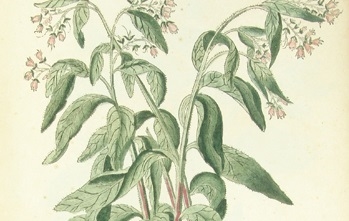 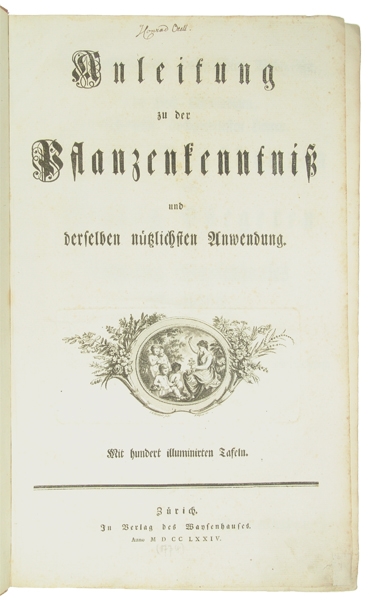 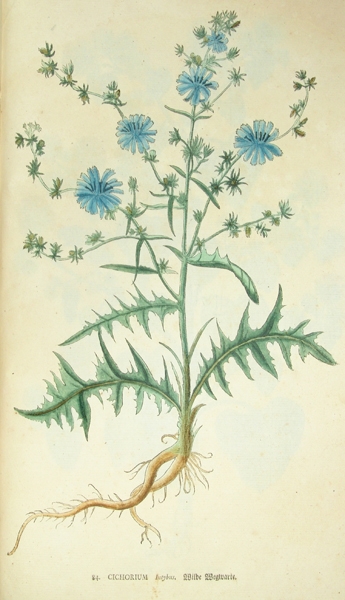 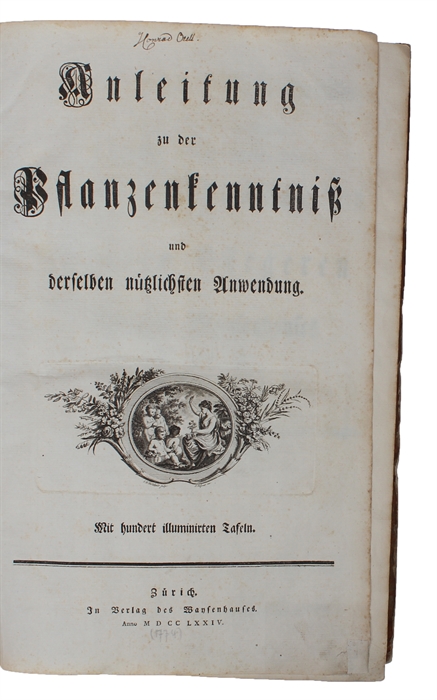 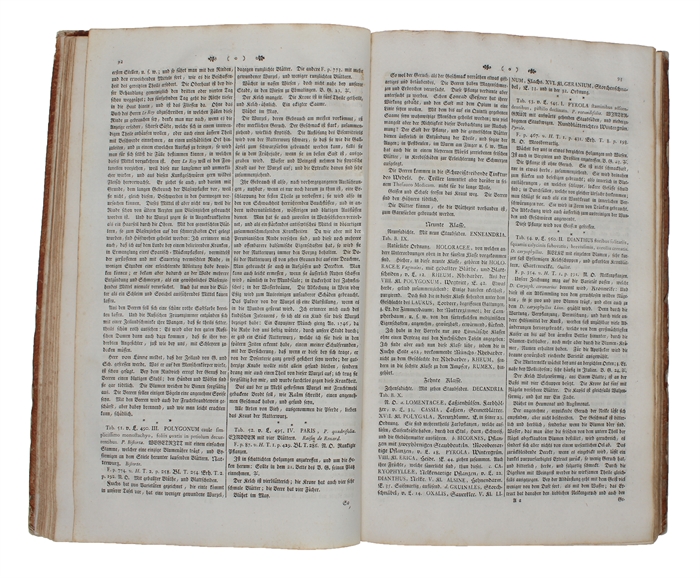 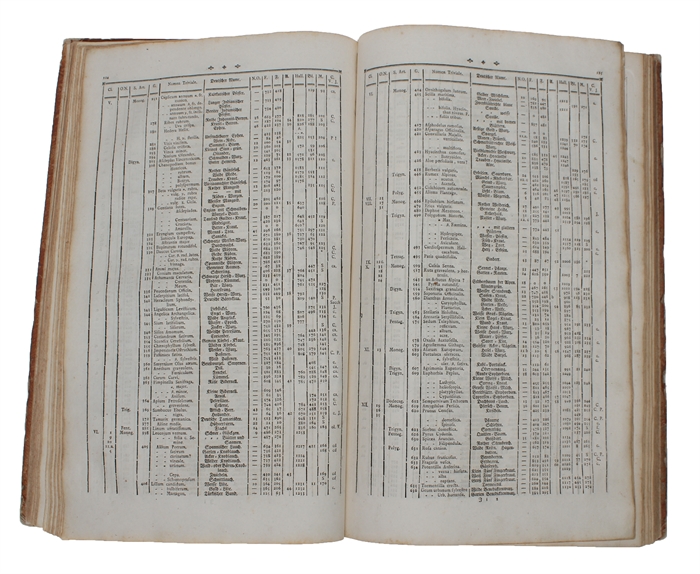 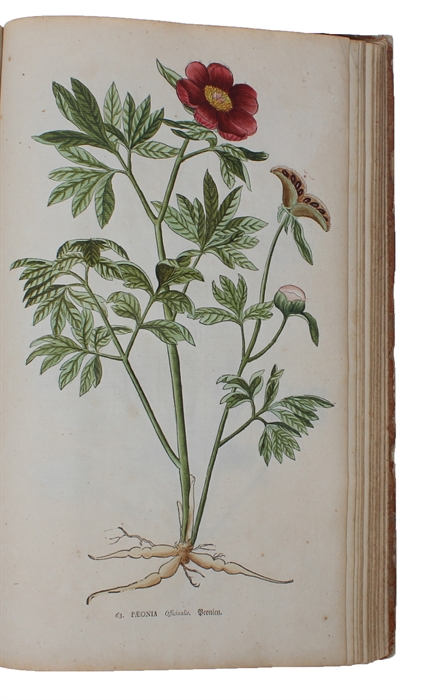 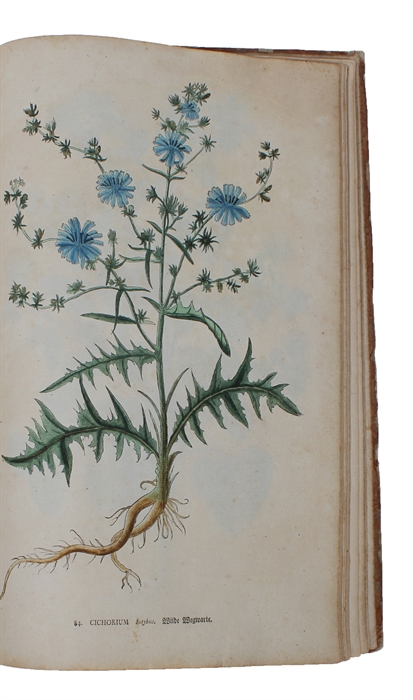 THE BIRTH OF BOTANICAL ILLUSTRATION

Folio. Bound in cont. marbled boards. Gilt lettering on back. The marbled paper over boards as well as back and edges in some places torn, especially spine and corners. Kept in a fine morocco-backed box. Title-page with a large engraved vignette. (4), 129, (1) pp., 2 engraved plates (Tab. A+B) with 58 hand-coloured illustrations to Linné (C.L.J. Gesneri delin - Bullinger sculpsit) and 100 wood-cut plates (with 101 illustrations of plants (plate 47 verso with an illustr.). All in fine original hand-colouring. Printed on good paper, internally fine and clean.

First (and only) edition of Schinz's reissue of 101 plates from Leonhart Fuch's "De Historia Stirpium", Basel 1542, a work which marks the birth of botanical illustration and perhaps the most celebrated and most beautiful herbal ever published.
The selection by Schinz of 101 illustrations from Fuch's work (containing 512 plates) was printed with the original wood-blocks, which Schinz borrowed from Chorherr Gessner, in the possession of whom they were to be found. In talking about the girls and boys from the "Waysenhaus" colouring the plates, Schinz said (in the Vorrede): "Ich freute mich, da mir der Gedanke glücklicher Weise beyfil, dass mein Oheim Hr. Doctor und Chorherr Gessner die ganze Sammlung der Holzformen von den Pflanzenhistorie des Herrn Leonhard Fuchsen besitze, und dass diese zu einem Versuche in dieser projectirten Beschäftigung dienen könnten." In this way the plates are original, the prints taken from the original blocks (Originalstöchen) and hand-coloured in the years 1774-77. "The plates established the requisites of botanical illustration - virisimilitude in form and habit, and accuracy of significent detail." (A.G. Morton).
"Fuch's plates in particular played a curious but important part in the development of systematic botany owing to the fact that they were extensively pirated and appeared in very many works during the sixteenth and seventeenth centuries, and even later." (A.G. Morton).
"Far more impressive in appearance, though less sensitive in execution, is the great folio herbal, De Stirpium, of Leonhart Fuchs, published in Basle in 1542. With its hundreds of full-page illustrations of plants, it deservedly ranks as the first of that long line of monumental flower-books which during the last four hundred years have poured from the printing-presses of Europe. Many other fine herbals - those for instance of the Italian Matthioli - were issued during the sixteenth century, but none was quite so lavishly illustrated." (Wilfrid Blunt in Great Flower Books p. 27). - Nissen No 1761 - Hunt No 640. Dibner No 19 (Fuchs) - Printing a. The Mind of Man No 69 (Fuchs).