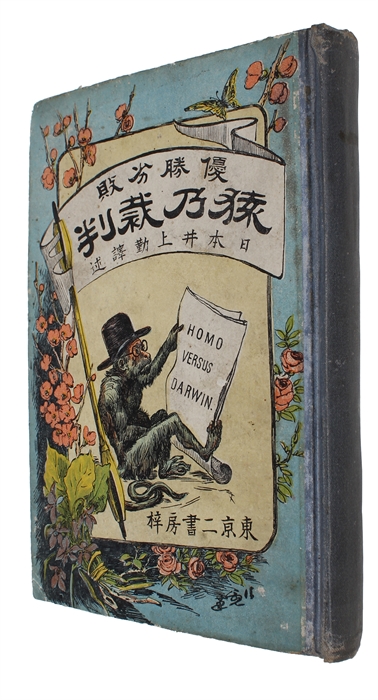 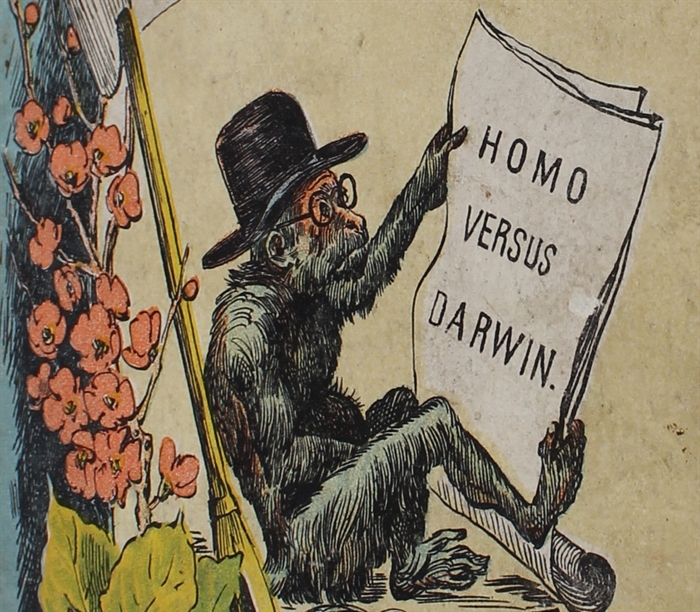 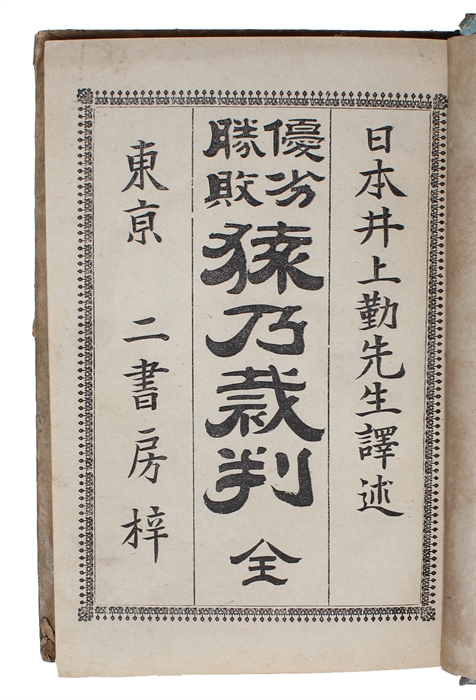 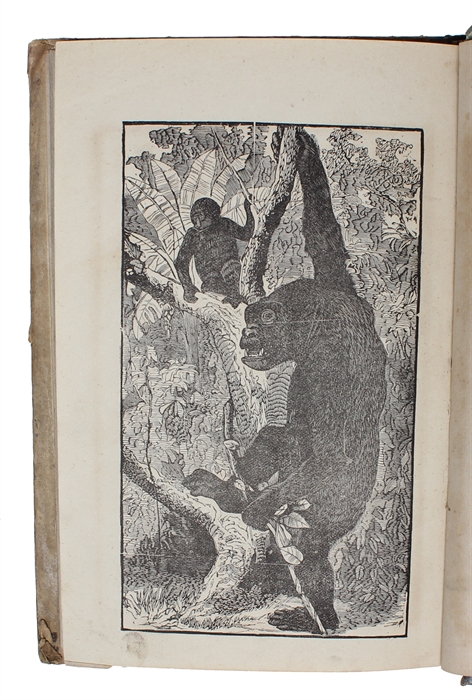 THE FIRST REPUDIATION OF DARWIN'S THEORY OF EVOLUTION IN JAPANESE

8vo. In the original cloth binding with printed front board (depicting a monkey reading a newspaper). Light wear and soiling to extremities and end papers soiled, otherwise in fine condition. 285 pp. + 3 plates.

The rare first Japanese translation of W. P. Lyon's anti-evolutionary text ' Homo versus Darwin'. It constitutes the very first publication in Japanese to reject Darwin's theory. A year after the publication, the book was banned for 'corrupting public morals'.

The present work is Lyon's reply to the publication of Darwin's The Descent of Man. Here, he sees Darwin being charged by Homo of denying him from being a creature made by a God and declaring man to be merely some kind of animal. The author is recorded as being 'Eisa Gurei' [Asa Gray], but in 1986 a study confirmed the text to be a translation of Lyon's work.

'Saru no Saiban' is an important work in the history of the reception of Darwinism in Japan. Darwin's theories had a profound influence on Japan and Japanese culture but in a slightly different way than in the West: Darwinism was marked as social and political principles primarily embraced by social thinkers, philosophers and politicians to advocate the superiority of Japanese culture and society (and military) and not by biologists and zoologists. "It was as if Darwin's famous oceanic journey and the meticulous research into the animal and plant kingdoms that he spent his life undertaking had all been staged as an elaborate excuse for composing a theory whose true object was Victorian society and the fate of the world's modern nations." (Golley, Darwinism in Japan: The Birth of Ecology).