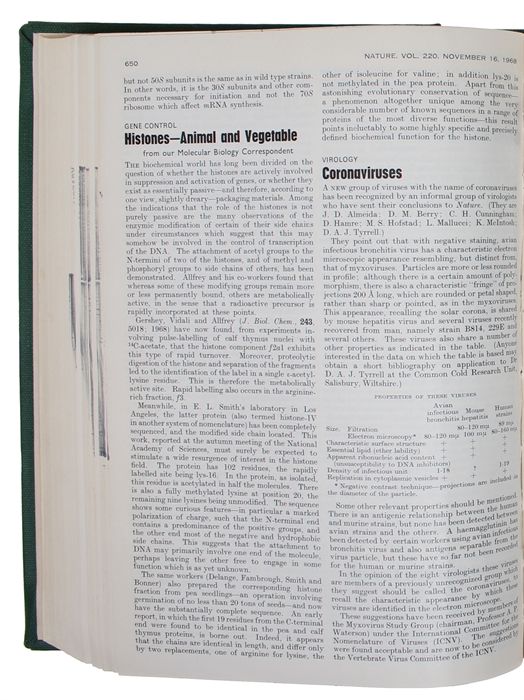 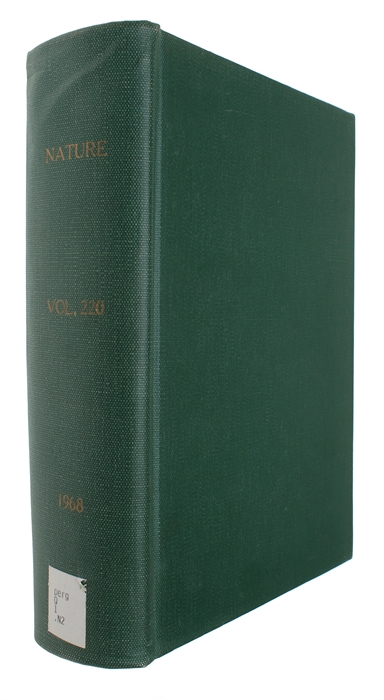 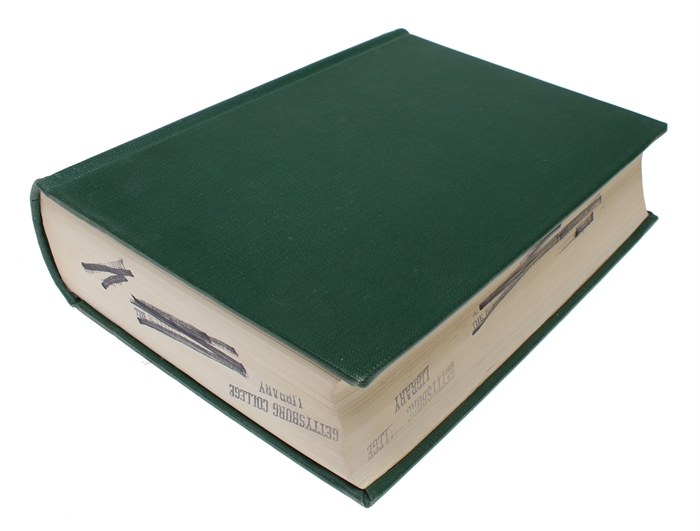 First appearance of this short paper in which the taxonomy of coronaviruses and coining of the name “Coronavirus”, accepted by the International Committee for the Nomenclature of Viruses, is first presented.

Human coronaviruses were discovered in the 1960ies and by mid-1967 it was recognized that viruses IBV, MHV, B814 and 229E were structurally and biologically similar so that they form a distinct group. Using electron microscopy the three viruses were shown to be morphologically related by their general shape and distinctive club-like spikes. Tyrrell met Waterson and Almeida in London to decide on the name of the viruses. Almeida had earlier suggested the term "influenza-like" because of their resemblance, but Tyrrell thought it inappropriate and not very precise. Almeida came up with the unusual name "coronavirus".

“Even though we could only base our judgement on the electron microscope images we were quite certain that we had identified a previously unrecognized group of viruses. So what should we call them? 'Influenza-like' seem a bit feeble, somewhat vague, and probably misleading. We looked more closely at the appearance of the new viruses and noticed that they had a kind of halo surrounding them. Recourse to a dictionary produced the Latin equivalent, corona, and so the name coronavirus was born.” (Cold Wars: The Fight Against the Common Cold)

“Particles [of IBV] are more or less rounded in profile; although there is a certain amount of polymorphism, there is also a characteristic "fringe" of projections 200 Å long, which are rounded or petal shaped, rather than sharp or pointed, as in the myxoviruses. This appearance, recalling the solar corona, is shared by mouse hepatitis virus and several viruses recently recovered from man, namely strain B814, 229E and several others... In the opinion of the eight virologists these viruses are members of a previously unrecognized group which they suggest should be called the coronaviruses, to recall the characteristic appearance by which these viruses are identified in the electron microscope.” (From the present paper).