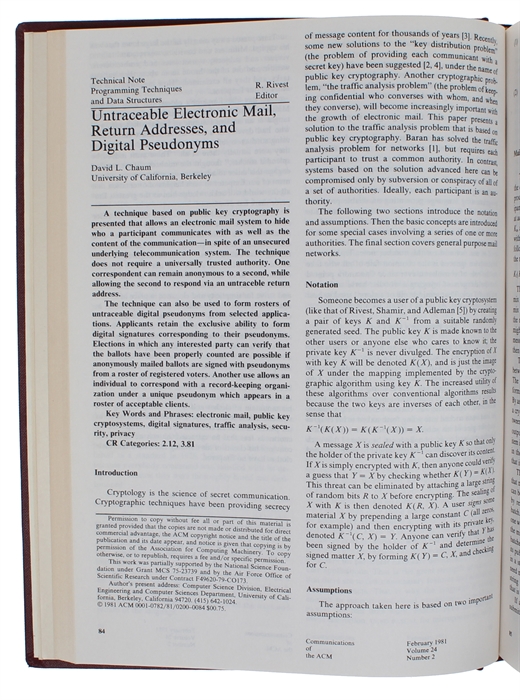 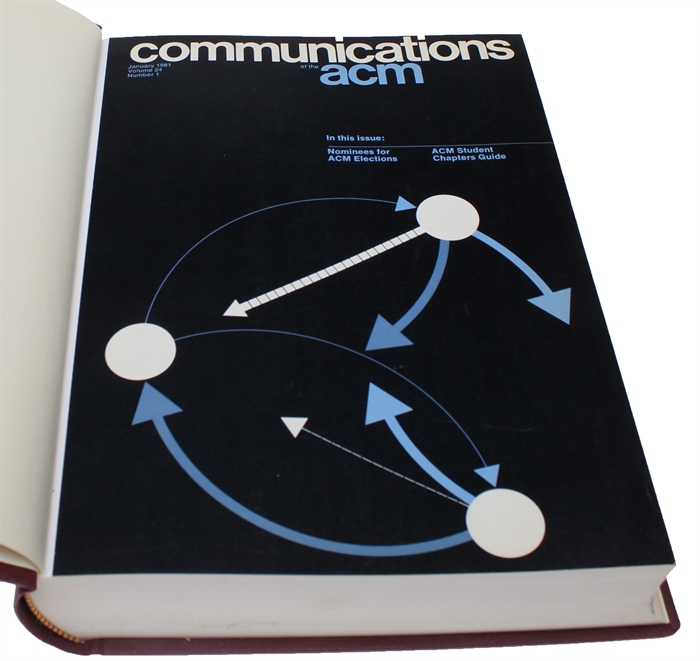 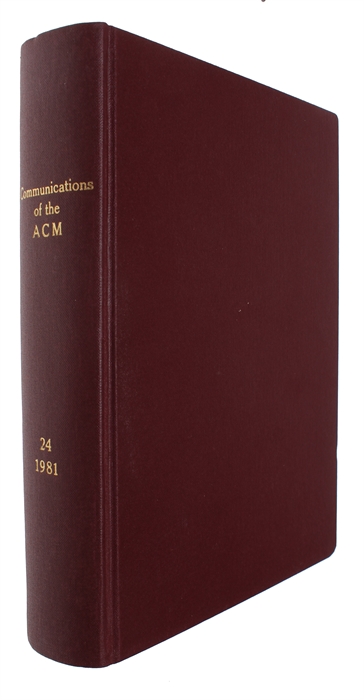 THE BIRTH OF THE CYPHERPUNK MOVEMENT

First appearance of Chaum’s seminal contributions to digital privacy and invention of digital cash which led to the creation of the Cypherpunk movement, which advocated for widespread use of cryptography as a route to progressive social change. Among the notable cypherpunks are Julian Assange, founder of WikiLeaks, Wei Dai, the creator of the b-money system, cited by Satoshi Nakamoto in the bitcoin white paper, and smart contracts inventor Nick Szabo.

In 1981, in the present paper, Chaum proposed the idea of an anonymous communication network. His proposal, called mix networks, allows a group of senders to submit an encryption of a message and its recipient to a server. Once the server has a batch of messages, it will reorder and obfuscate the messages so that only this server knows which message came from which sender. The batch is then forwarded to another server who does the same process. Eventually, the messages reach the final server where they are fully decrypted and delivered to the recipient. A mechanism to allow return messages is also proposed. Mix networks are the basis of some remailers and are the conceptual ancestor to modern anonymous web browsing tools like Tor (based on onion routing). Chaum has advocated that every router be made, effectively, a Tor node.