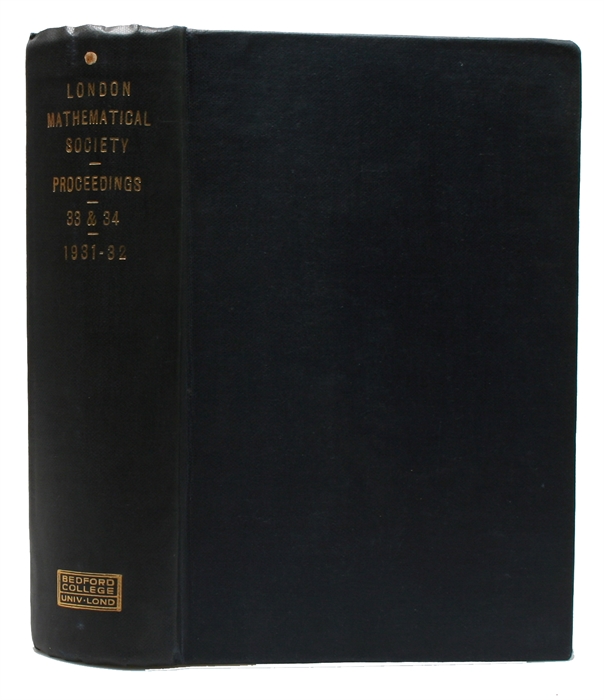 The Derivation of the Pattern Formulae of Two-Way Partitions from those of Simpler Patterns. [Received 28 November, 1930. - Read 11 December, 1930]. [In: Proceedings of the London Mathematical Society. Second Series. Volume 33].

First printing of this important paper which coined the term "cumulant" within probability theory and statistics.

Cumulants were first introduced by the Danish mathematician and statistician Thorvald N. Thiele in 1889. He, however, called them "half-invariants", a name that was not to be used for them in the future. It was not until the present work by the great statistical geneticist Ronald Fisher and the famous statistician John Wishart (eponym of the Wishart distribution) that these "cumulants" were given their name, the name that we still use today. According to the historian Stephen Stigler, the name "cumulant" was suggested to Fisher by Harold Hotelling. In another paper published in 1929, Fisher had called them cumulative moment functions.