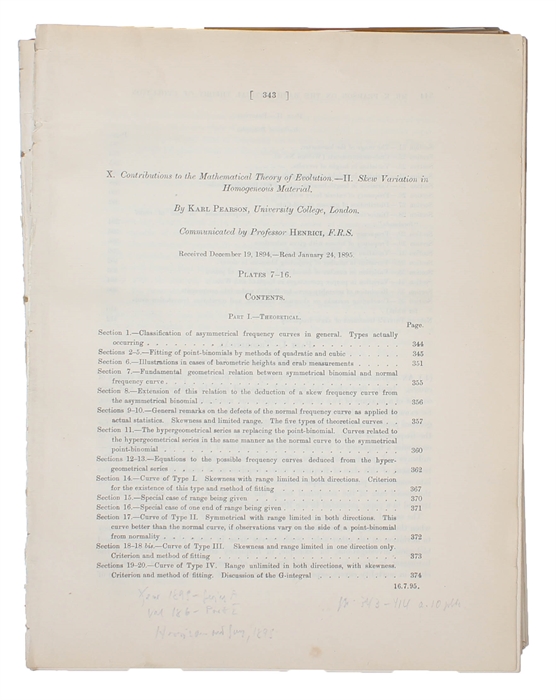 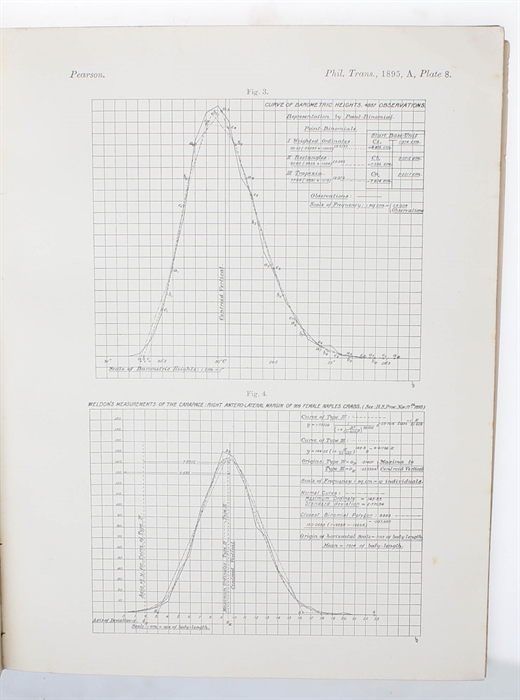 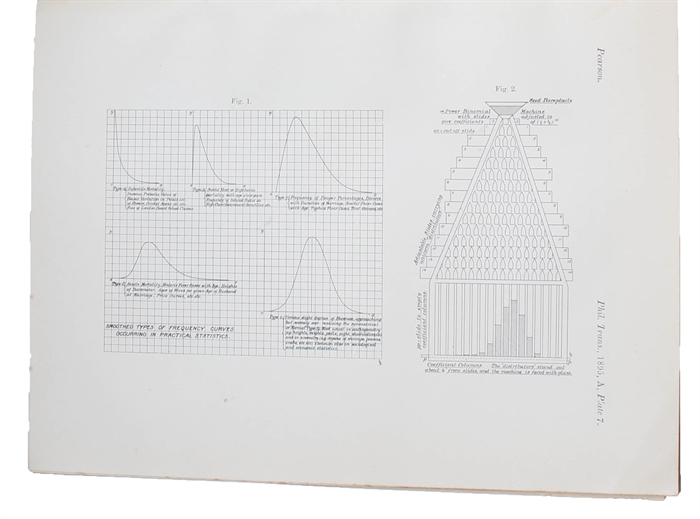 First appearance of the founding papers of modern mathematical statistics, out of which grew Pearson's creation of Biometrics.

"Founder of biometrics, Karl Pearson was one of the principal architects of the modern mathematical statistics. He was a polymath whose interests ranges from astronomy, mechanics, meteorology and physics, to biological sciences in particular, including...eugenics, evolotionary biology,heredity......Largly owing to his interests in evolutionary biology, Person created, almost single-handedly, the modern theory of statistics in his Biometric School at University College London.... In his creation of biometrics, out of which the discipline of mathematical statistics had develoiped by the end of the nineteenth century, Person introduced a new vernacular for statistics (including such termss as the standard deviation, mode, homoscedasticity, heteroscedasticity, kurtosis and the producct-moment correlation coefficient." (Heyde in Statisticians of the Centuries).

In the first paper offered here Person introduced the method of moments as a mean curve fitting assymetrical distributions ("point-binominals") and he applies the theory to crabs and prawns. This is a general method for determining the values of the parameters of a frequency distribution.
In the second paper offered here, Pearson develpoed the general formula to use for subsets of six types of frequency curves, now known as "Pearson Type Curves".
In his seminal paper "Regressin, Heredity and Panmixia", the third papers offered here, Pearson introduced matrix algebra into statistical theory and also introducing 'eta' as a measure for curvilinear relationship, the standard error of an estimate, multiple regression and multiple and partial correlation, and devises the coefficient of variation as a measure of the ratio of a standard deviation to the corresponding mean expressed as a percentage.
In the fourth paper he deals with the theory of probable erros and of correlations of errors...
In the fifth paper he deals with the theory as involving multiple correlations...stature in biology is shown to be best reconstructed from measurements of long bones.
The last paper offered deals with a variety of biological correlations, inheritance of characters etc. etc.
G.M. Morant: A Bibliography ofthe Statistical and other writings of Karl Pearson Nos 2, 4, 6, 16, 17 and 20. - Eiasenhart in DSB, pp. 449-453.