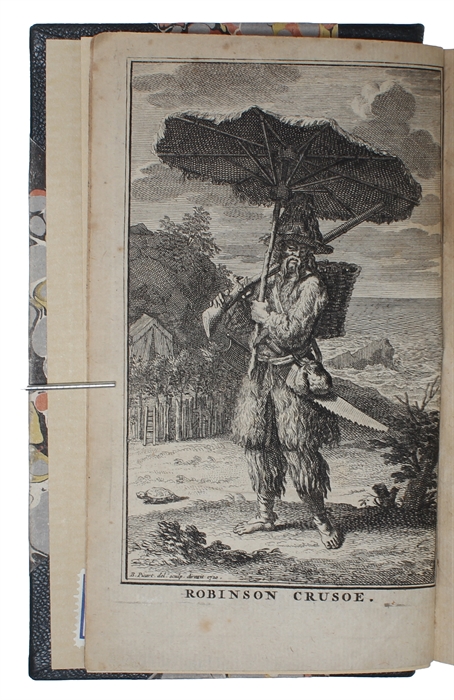 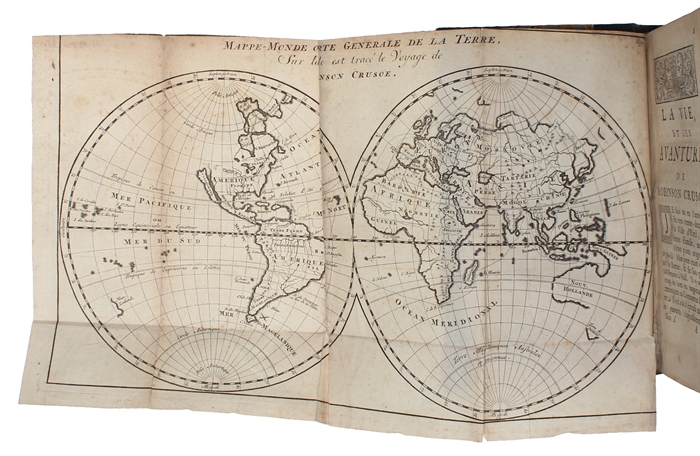 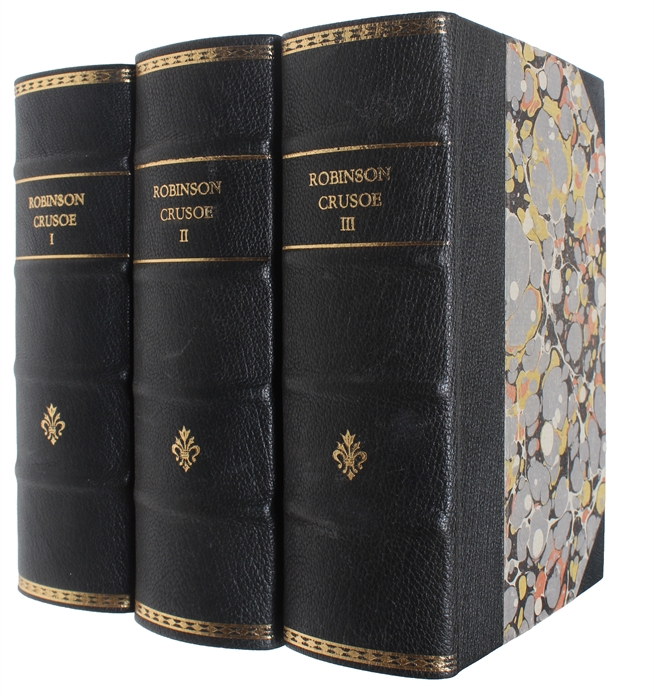 First edition - reissue of the first volume and first issue of volumes two and three - of the first French translation of one of the most important literary works ever written. "Robinson Crusoe" marks the beginning of realistic fiction as a literary genre and is widely recognized as the first English novel.

Originally published in English in 1719, the work was seen through no less than four editions before the end of its first year and went on to become one of the most widely published books in history, spawning so many imitations, not only in literature but also in film, television and radio, that its name is used to define an entire genre - the Robinsonade. By the end of the 19th century, no book in the history of Western literature had more editions, spin-offs and translations than "Robinson Crusoe", with more than 700 alternative versions of it, the French translation being among the very first. It's influence in literature is almost unparalleled.