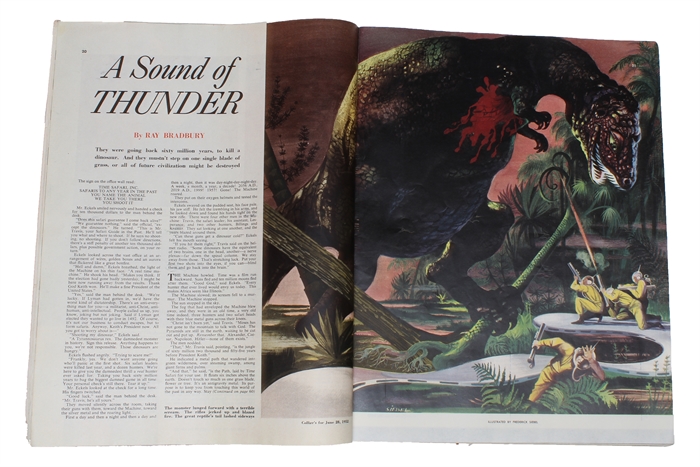 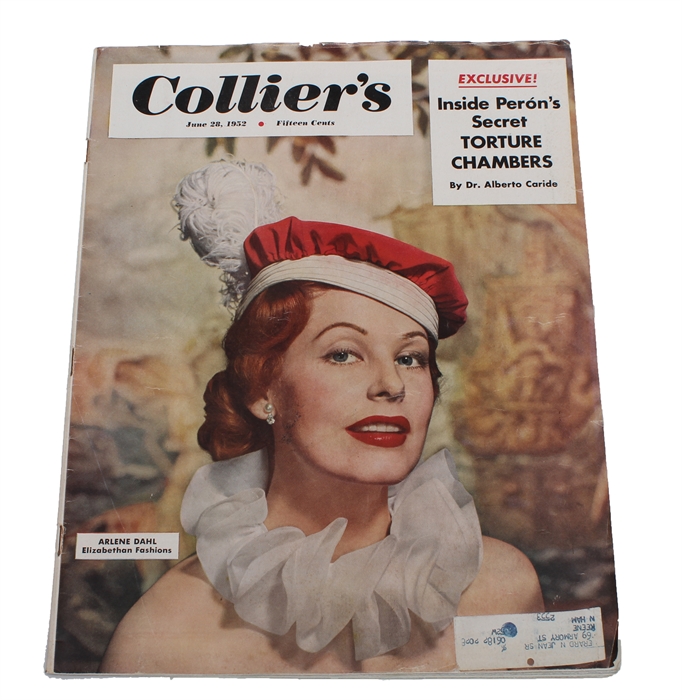 THE MOST INFLUENTIAL TIME TRAVEL EVER WRITTEN - INTRODUCING THE BUTTERFLY EFFECT

A Sound of Thunder.

First appearance of Ray Bradbury's immensely popular science fiction short story, "the most re-published science fiction story up to the present time" (Contento, Index to Science Fiction Anthologies and Collections), containing the very first presentation of the butterfly effect: The idea that one butterfly could eventually have a far-reaching ripple effect on subsequent historic events.

The concept was introduced into meteorology in 1961 and is now commonly used in chaos theory where it represents the sensitive dependency on initial conditions in which a small change at one place in a deterministic nonlinear system can result in large differences in a later state.

"A Sound of Thunder" begins in the future, in which the time machine has been invented but is still very unpredictable. A hunter named Eckels pays to go traveling back into the past on a guided safari to kill a Tyrannosaurus rex. As the party waits to depart they talk about the recent presidential elections in which an apparently fascist candidate, Deutscher, has just been defeated by the more moderate Keith, to the relief of many concerned. When the party arrives in the past, Travis (the hunting guide) and Lesperance (Travis's assistant) warn Eckels and the two other hunters, Billings and Kramer, about the necessity of minimizing the events they change before they go back, since tiny alterations to the distant past could snowball into catastrophic changes in history.
Upon returning to the present, Eckels notices subtle changes. English words are now spelled strangely, people behave differently, and, worst of all, the fascist won the election. Looking through the mud on his boots, Eckels finds a crushed butterfly, whose death was apparently the cause of many changes.

In 1961, Edward Lorenz, American mathematician, meteorologist and pioneer of chaos theory, was using a numerical computer model to rerun a weather prediction, when, as a shortcut on a number in the sequence, he entered the decimal 0.506 instead of entering the full 0.506127. The result was a completely different weather scenario. In 1963 Lorenz published a theoretical study of this effect. Elsewhere he said that "One meteorologist remarked that if the theory were correct, one flap of a seagull's wings could change the course of weather forever. Following suggestions from colleagues, in later speeches and papers Lorenz used the more poetic butterfly. According to Lorenz, when he failed to provide a title for a talk he was to present at the 139th meeting of the American Association for the Advancement of Science in 1972, Philip Merilees came up with "Does the flap of a butterfly's wings in Brazil set off a tornado in Texas?" as a title.