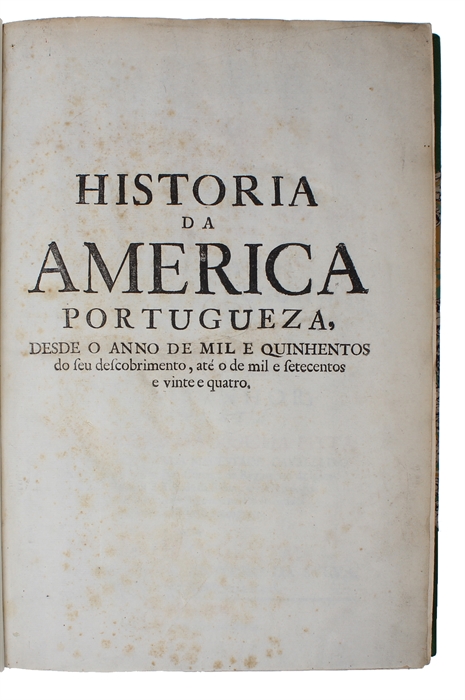 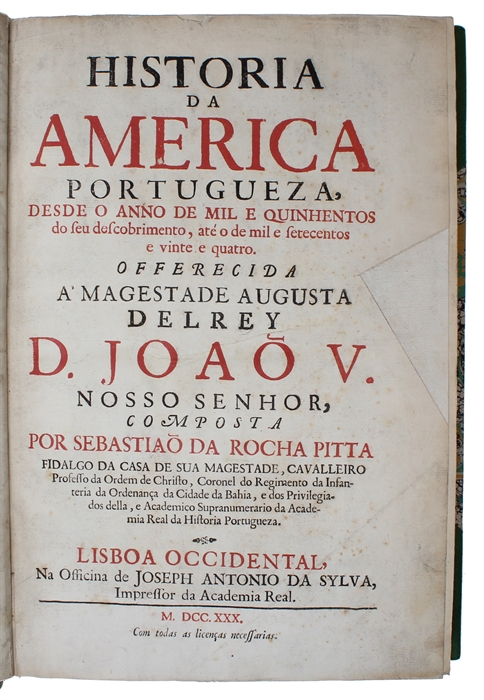 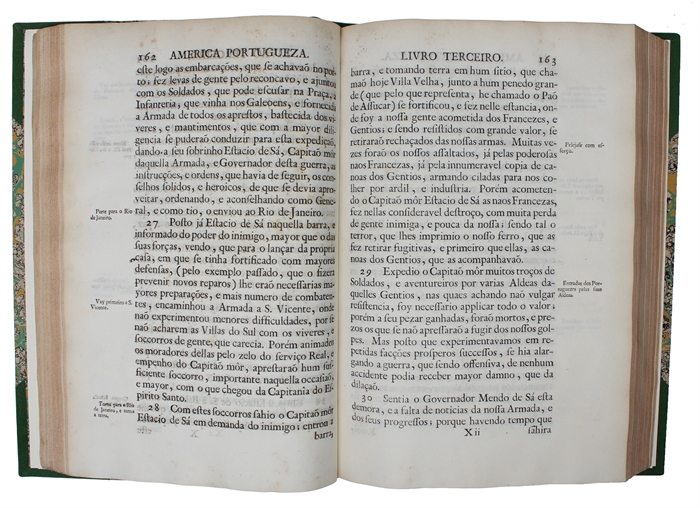 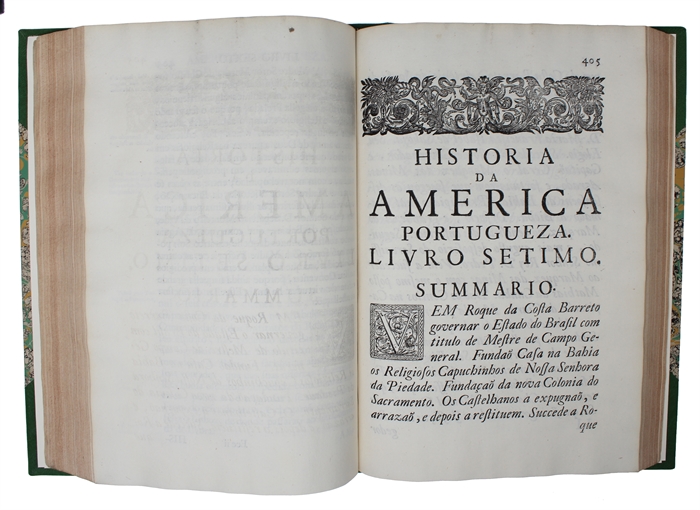 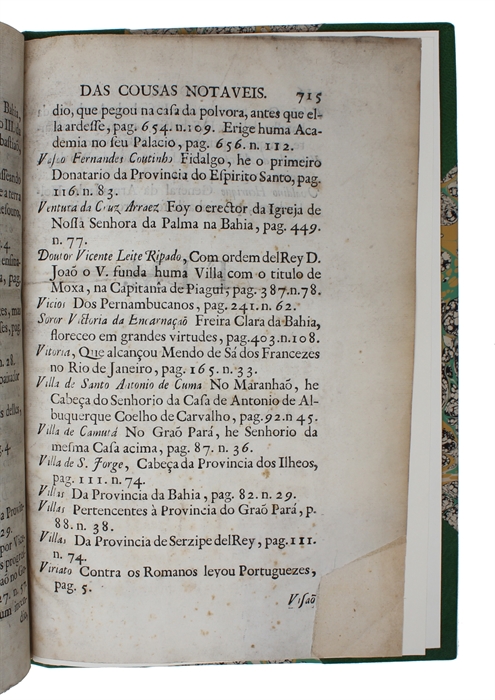 THE FIRST GENERAL HISTORY OF BRAZIL

Folio (29 x 195 mm). In recent green half calf with five raised bands and gilt lettering and ornamentation to spine. Title-page mounted and with repair to outer margin, no loss of text. Last leaf with repair to lower outer corner, also with no loss of text. First and least few leaves with brownspotting. Very light browning in margins throughout. Title printed in red and black, woodcut initials and head-pieces. A fine and clean copy. (14), 716 pp. (Here with the often missing half title, but wanting the final blank).

Rare first edition, here with the often missing half title, of the first general history of Brazil – “This work is extremely copious in the details of its foundation as a colony, its successive governors, its churches, its monasteries and convents” (Sabin). "This first edition is becoming rare, and is much sought after by Brazilians [...] since it is the first history of Brazil to have been printed, and since it was written by a Brazilian" (Borba de Moraes).

The author's purpose was to narrate the events that had taken place in Brazil with the help of "truthful reports", these largely from Jesuit sources, and "modern information" given by those who had traveled in the vast Brazilian territory. This was the only history of Brazil available to Pitta’s contemporaries, since most of the others composed in the first two centuries of colonization remained in manuscript form until the nineteenth century.

Rocha Pitta was born in Bahia in 1660 and died in the year 1738. At the age of 22 he left the University of Coimbra, where he took his degree, to return to Bahia, where he got married. He made up his mind to write a history of Brazil, and he spent years in collecting documents in the Monasteries of Brazil and Portugal, where he went in order to study French, Dutch and Italian for the purposes of his history. “In 1728, after 40 years of study, he began to print his history, which appeared in 1730. It was universally well received, and King John V. appointed him a member of the household in consequence, yet in a few years the Portuguese government publicly prohibited its being read under the severest penalties.” (Sabin).