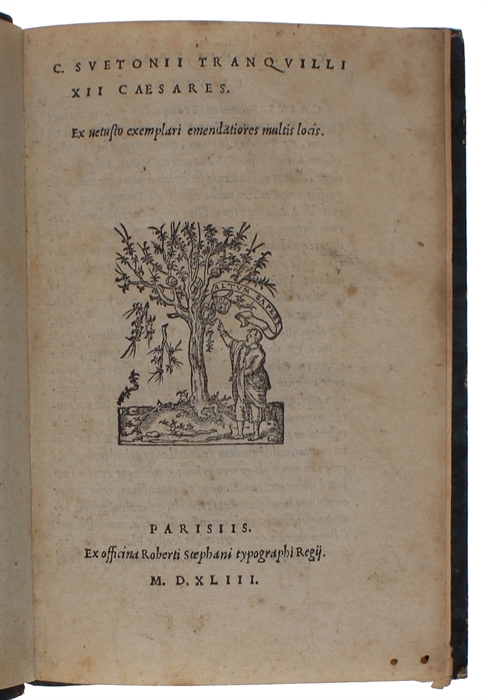 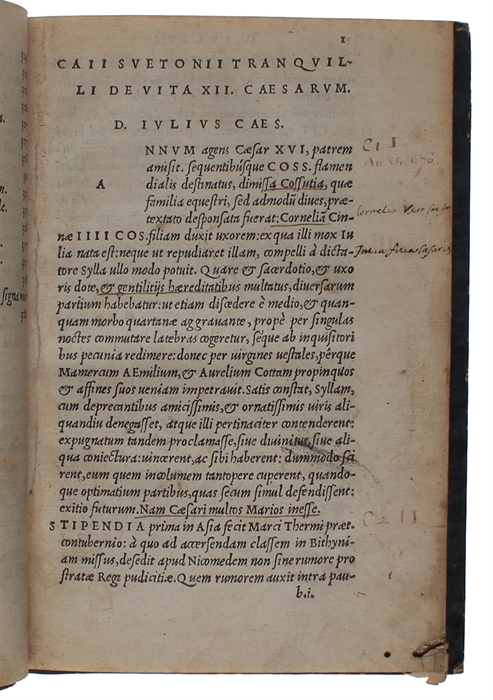 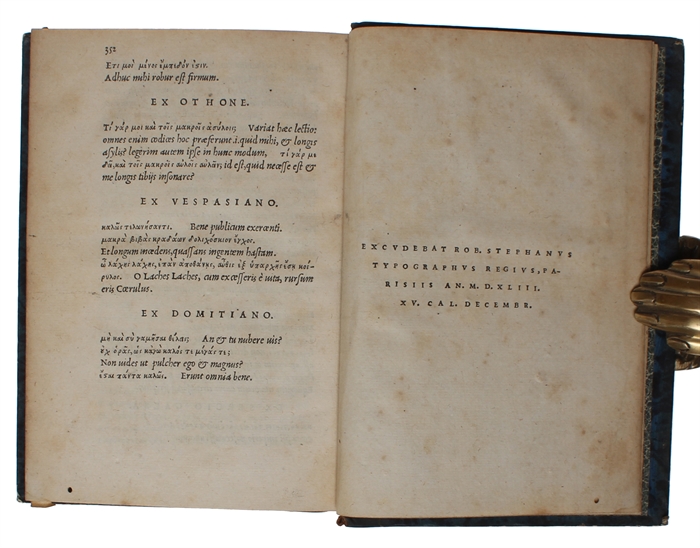 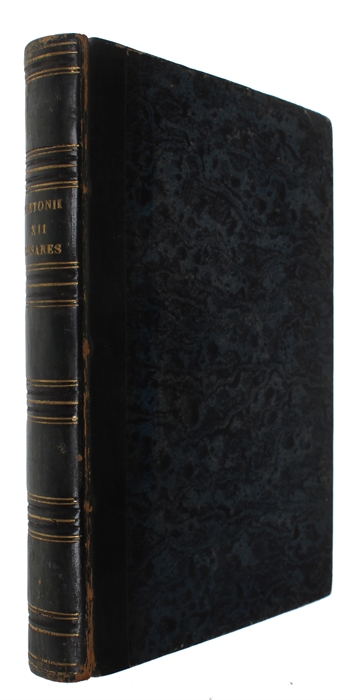 One of the most important Renaissance editions of Sueton’s Twelve Caesars. ""In this edition, " says Ernesti, "Stephen first made use of the famous Memmian MS. which may be said to form the basis of the present general text of Suetonius."" (Dibdin II.440). In terms of the history of typography it also claims an important role since the types of Claude Garamond, here used in the italic, were to become dominant in France and to assume an important place in the typeface of the Western world.

"Another early example of an edition of a Latin classic in Robert Estiennes new italic type. This has long been recognized to be one of the principal Renaissance editions of Suetonius' Lives of the Twelve Caesars, it was edited by Robert himself, who claims to have established the text with the help of a vetustum exemplar, which is believed to be the Codex Memmianus, our oldest and best MS of Suetonius". (Schreiber No. 71)

The Twelve Caesars, is a set of twelve biographies of Julius Caesar and the first 11 emperors of the Roman Empire written by Gaius Suetonius Tranquillus. The group is: Julius Caesar (d. 44 BC), Augustus, Tiberius, Caligula, Claudius, Nero, Galba, Otho, Vitellius, Vespasian, Titus, Domitian (d. 96 AD).
The work, written in AD 121 during the reign of the emperor Hadrian, was the most popular work of Suetonius, at that time Hadrian's personal secretary, and is the largest among his surviving writings.

The Twelve Caesars was considered very significant in antiquity and remains a primary source on Roman history.