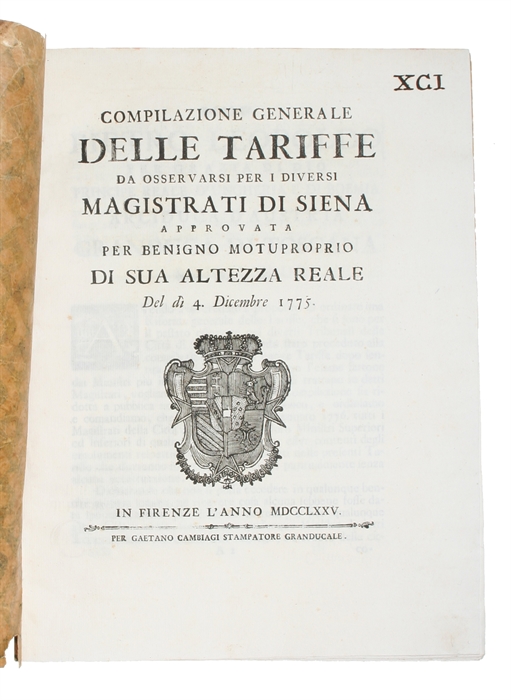 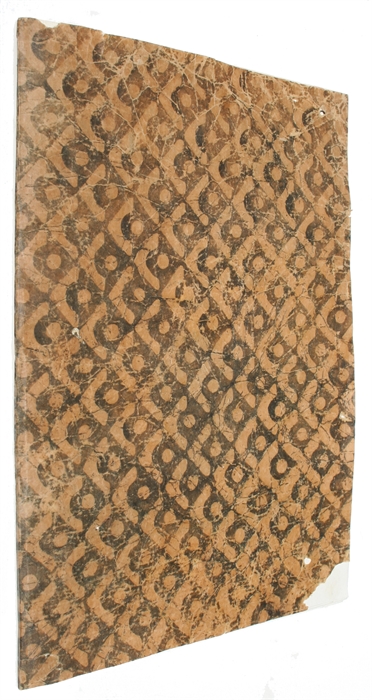 Scarce first printing of this collection of tax edicts issued by Pietro Leopoldo II, grand-duke of Tuscany. The intention was to raise the tax-level for the rich and for companies in Siena in order to spend the extra income on the poor and needy. In this sense, the present collection of tax-edicts represents one of the very earliest European attempts to create economic social reform in the spirit of the Enlightenment. This became a source of inspiration for the French Constitution.

Pietro Leopoldo initiated a process of political, social and economic change in Siena which lasted several decades into the 19th century. It has been argued that this turned Siena from a patrician city - symbolized by the nobility - into a middleclass and bourgeois city. Partly due to laws and guidelines presented in the present work, Siena went from being a city whose most significant features were convents and monasteries to being a city characterized by its public and civil institutions.

Leopold also approved and collaborated on the development of a political constitution, said to have anticipated the promulgation of the French Constitution, which bore some similarities to the Virginia Bill of Rights of 1778. Leopold's concept of this was based upon respect for the political rights of citizens and upon a harmony of power between the executive and the legislative.
Leopold developed and supported many social and economic reforms. Smallpox vaccination was made systematically available, and an early institution for the rehabilitation of juvenile delinquents was founded. Leopold also introduced radical reforms to the system of neglect and inhumane treatment of those deemed mentally ill. On 23 January 1774, the "legge sui pazzi" (law on the insane) was established, the first of its kind to be introduced in all of Europe, allowing steps to be taken to hospitalize individuals deemed insane.