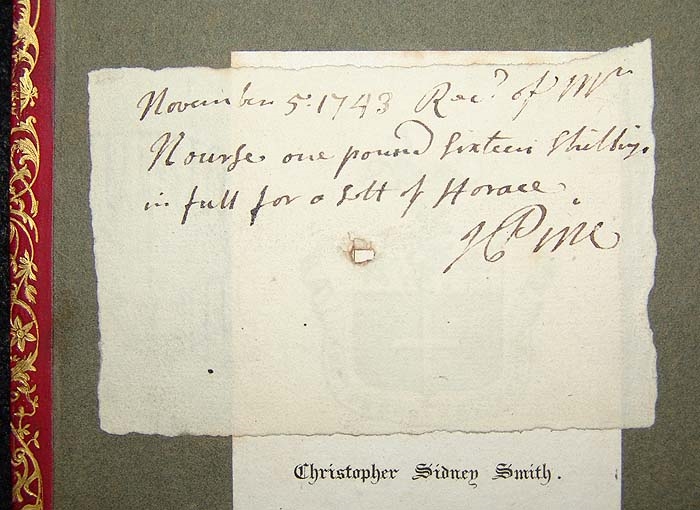 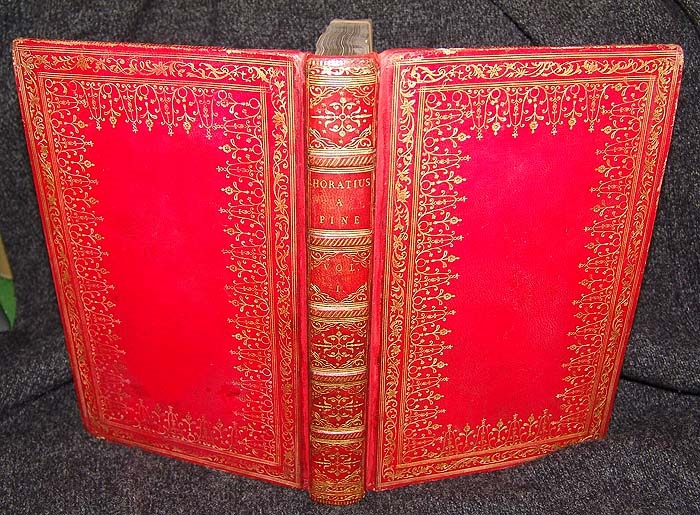 First editon, first issue ("post est Caesar" in sted of "potest Caesar" on medal p. 108, vol II) with the first impressions. This beautiful work, said to be the finest illustrated English book of the 18th century, became a main inspiration for the art of bookillustration. "This edition is much esteemed by the curious. The text is ENGRAVED as well as the numerous and beautiful vignettes which accompany it: of these vignettes, the copies which contain the FIRST IMPRESSIONS are valuable and much sought after." (Dibdin II: 108).
Inserted a HANDWRITTEN AND SIGNED NOTE BY PINE, dated "November 5 - 1743." The note is a receipt, stating that Pine received one pound sixteen shilling for a set of Horace.