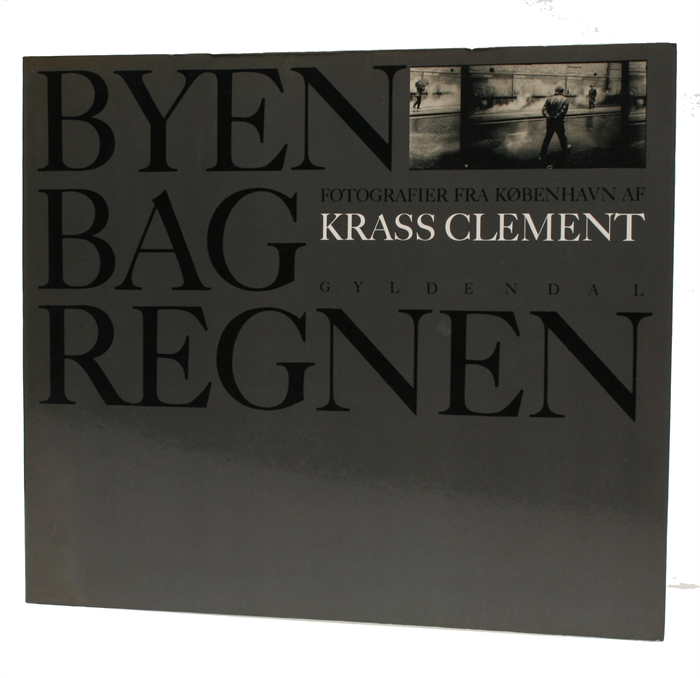 The uncommon first edition of Krass Clement's fourth book, being one of the most sought-after of his works.

Clement's interest in photography developed already in his childhood, and he began photographing as early as the late 50'ies. He was educated as a film-director but soon turned professionally to still photography. His first book, Skygger af øjeblikke (Shadows of the Moment), appeared in 1978, followed by Det tavse land (The Silent Land) from 1981 and Gentagelsens fest (The Party of Repetition) from 1984, before his great work on Copenhagen, "The City Behind the Rain", appeared in 1887, presenting his magnificent melancholic, but also humorous and inspiring photographs from the 1960'ies and 80'ies of different aspects of Copenhagen and Copenhageners.
His work, often presented in book-form, his favourite medium, is considered highly inspiring and poetical, in spite of their melancholic character, which makes them oddly compelling. His social-realist portrayal of Copenhagen in the 60'ies and 80'ies is very different from other contemporary works, and his critical but still sympathetic approach, with a sharp eye for the humorous, makes it both lively and of great artistic value.

Clement is the first artist photographer to receive a lifelong disbursement from The State Art Foundation, and his works are displayed at both MOMA and the National Library in Paris.