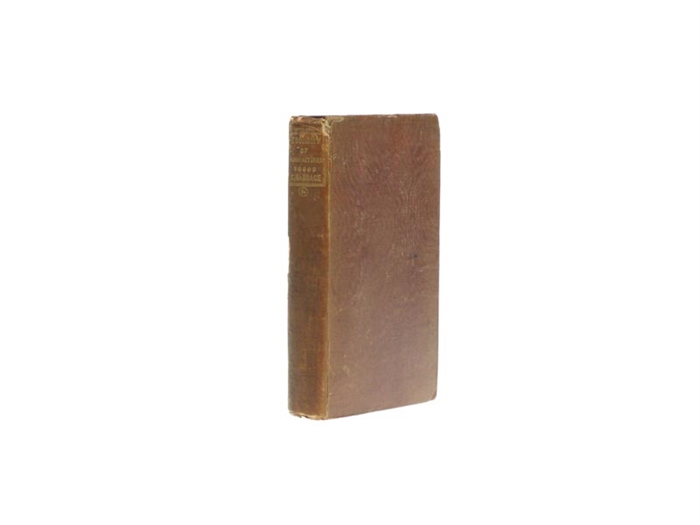 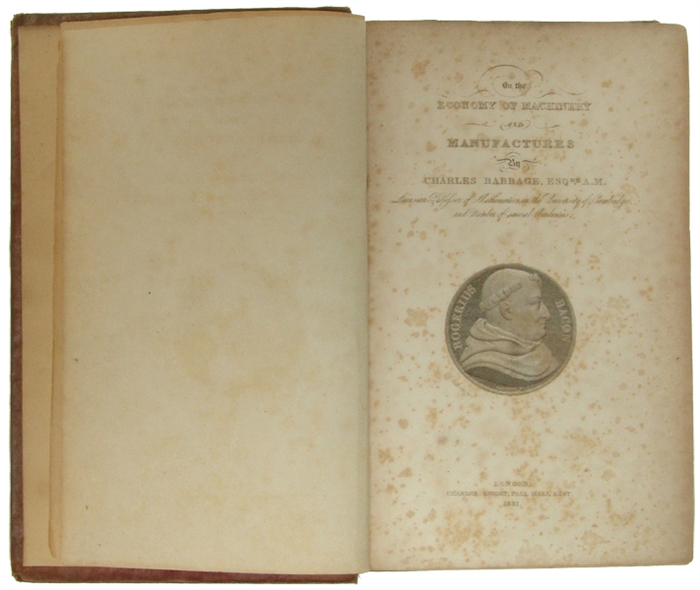 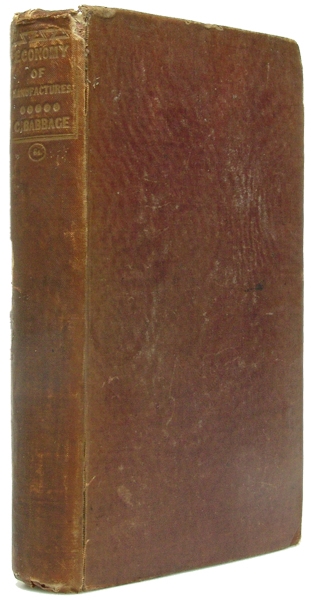 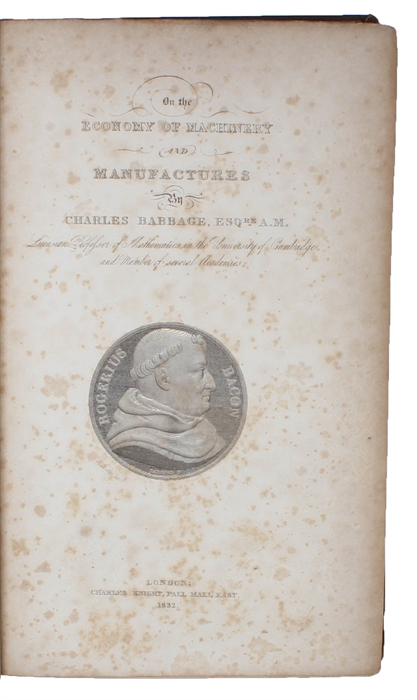 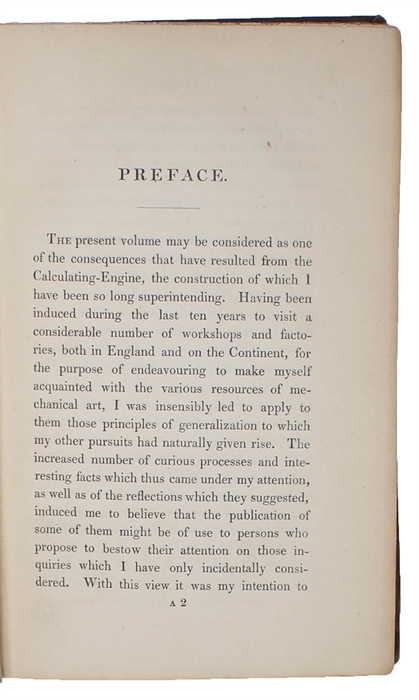 On the Economy of Machinery and Manufactures.

Small 8vo. Orig. full brown cloth with gilt lettering on back. Spine ends frayed, hinges slightly weakening. A small nich at upper spine end, and a small nich in middle of back at hinge. Corners a bit bumped. Engraved Titlepage (with portrait of Roger Bacon). XVI,320 pp. and (2) pp. of advertisements. The engraved title (on heavy paper) with brownspots. Otherwise internally fine and clean.

First edition of perhaps Babbage's main work, written during the years in which he worked on his "Difference Engine", the forrunner of calculation machines and the modern computer.
"The book is at once a hymn to the machine, an analysis of the development of machine-based production in the factory, and a discussion of social relations in industry...The Economy of Manufactures was an immediate success, selling 3,000 copies on publication..it was at one translated into French..into German, both translations being published 1833...throughout the world the book had much effect, becoming the "locus classicus" of the discussion of machinery and manufactoring....Babbage stands alone: the great ancestral figure of computing." (Anthony Hyman in Charles Babbage. Pioneer of the Computer).