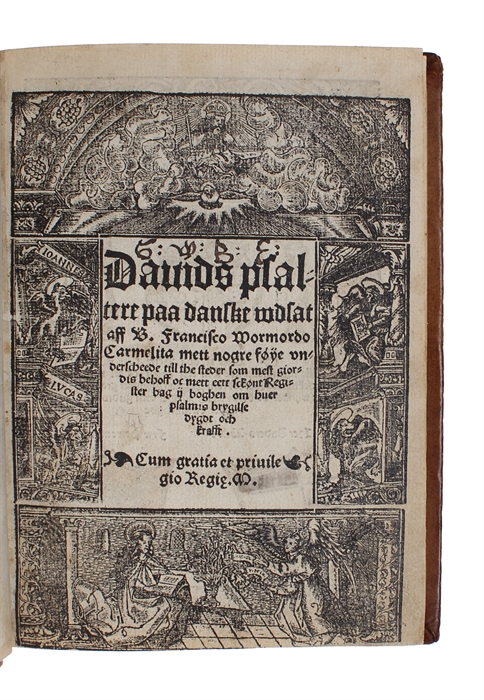 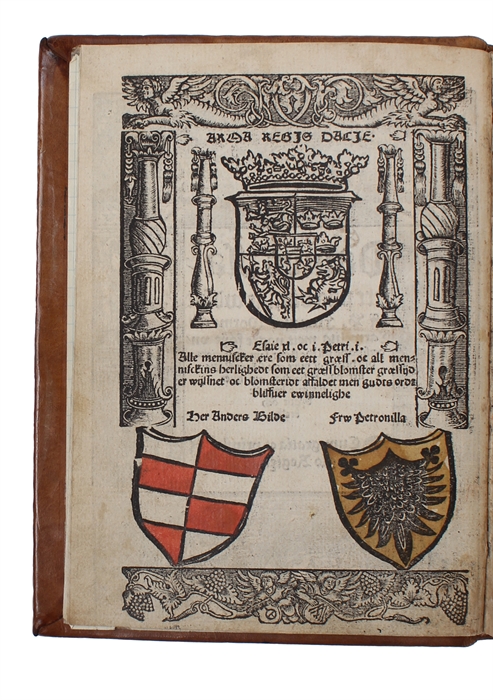 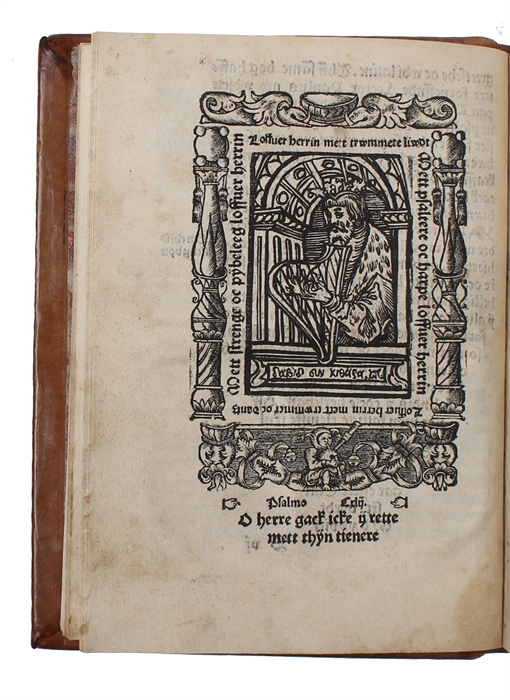 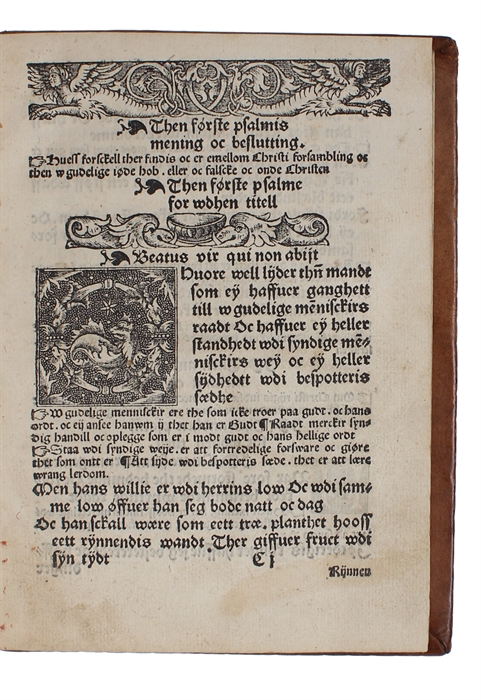 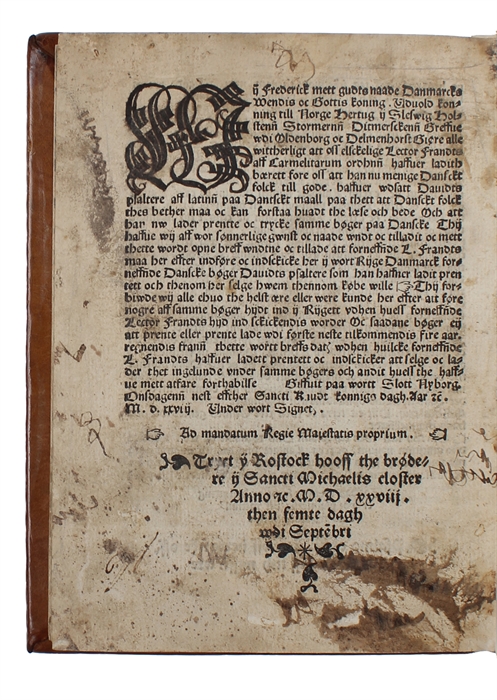 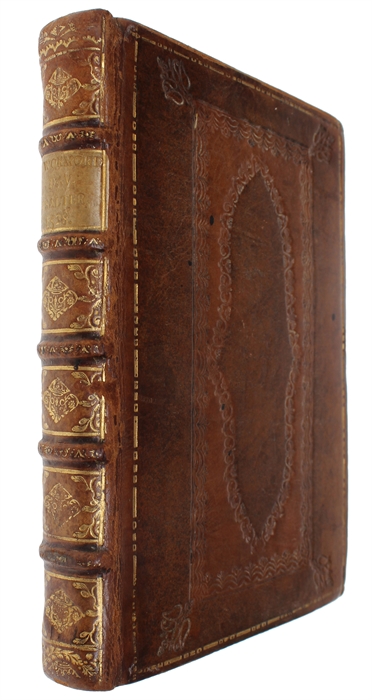 FIRST DANISH TRANSLATION OF ANY PART OF THE OLD TESTAMENT

Title-page with woodcut pictorial border depicting biblical subjects and verso with the woodcut coat-of-arms of Anders Bilde of Søhus and his wife Petronilla Olufsdottir (to whom the book is dedicated). The coat-of-arms are in old hand-colouring. B6v with a large woodcut portrait of KingDavid playing his harp. Numerous large, ornamented woodcut initials throughout. Occasional brownspotting, mostly light, and two small holes to blank lower margin of last leaf. Last leaves with old annotations and doodling to lower margin. Verso of last leafbrowned and spotted. Overall very well preserved indeed.

8. Bibliotheca Rolf Wistrand, with small label to back fly-leaf and the number 2106 added in hand.

This first edition of the monumental translation of the Psalms of David is of the utmost scarcity with only two known copies not in institutions. Of the 16 copies recorded in 1919, four are incomplete. “Two more copies have since found their way into public collections (Oslo University Library and Royal Library of Copenhagen)…” (Thesaurus).

The present copy turned up at the Thore Virgin exhibition in 1947. “The binding is not contemporary but from around 1700. It was sold by a Danish antiquarian bookseller in 1975 for DKK 20,000. An incomplete copy… was sold in 1971 for DKK 4,500. At least two copies are therefore still in private collections.” (Thesaurus).

The first copy mentioned by Thesaurus is the present – Thore Virgin’s complete copy in a splendid full calf binding from around 1700 – and thus the only complete copy known on private hands.

The earliest attempts at spreading the Holy Scriptures among the Danish population count among the most important works ever printed in Danish. The translator of the monumental endeavor that is the first Danish version of the Psalms of David and the first Danish translation of any part of the Old Testament was Frands Vormodsen (Francisco Wormondo). Vormodsen was born in Holland in 1491, came to Denmark at a young age and became a Carmelite monk at the convent in Helsingør. In 1527, he joined the University of Copenhagen as a lecturer, and in 1529, he went to Malmø. As the basis of his translation, he not only used the Hebrew, but also Latin and German translations. Not being Danish of origin, he received help with the Danish wording from Poul Helgesen. The book also contains a translation into Danish of Athanasius’ work dealing with the Psalms (first printed in Strasbourg 1508), nine pages at the end, which is entirely due to Helgesen.

The work is printed in Rostock by the Michaelis Friars, who belonged to the order “Fratres Vitae Communis”. “´Their special task was to propagate religious works. Originally they did this by handcopying the texts, but from 1476 to 1531 they operated their own printing press. At Danish expense they printed six books.” (Thesaurus).