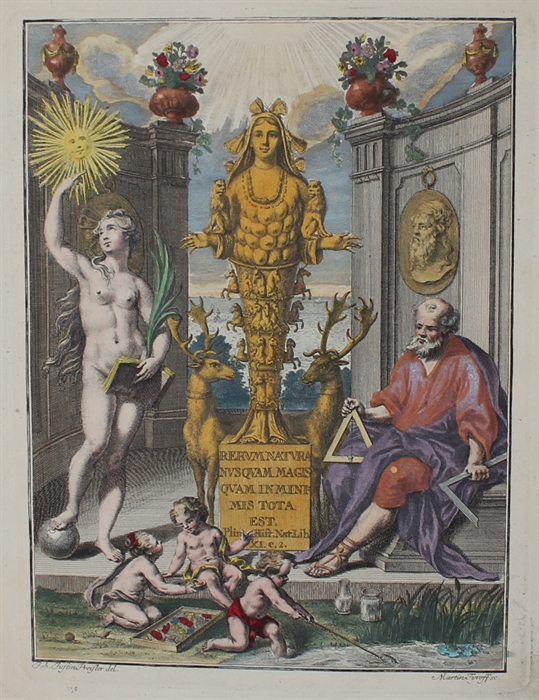 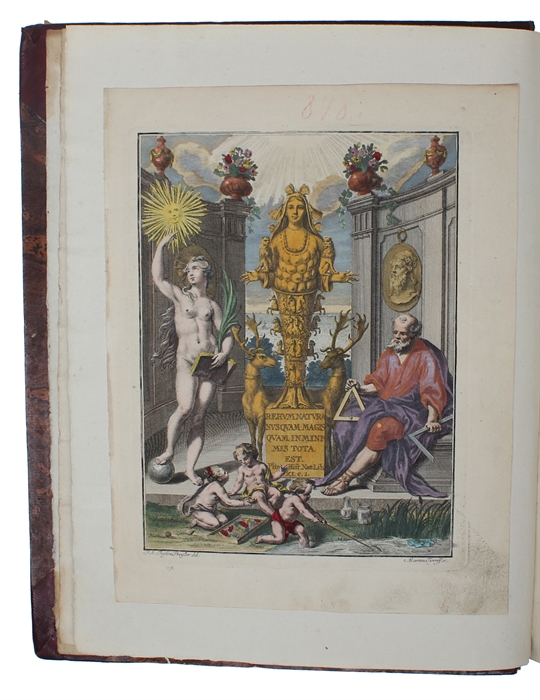 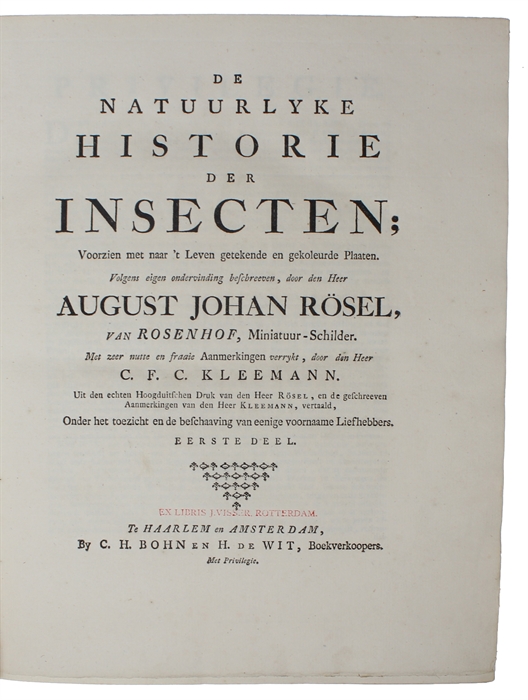 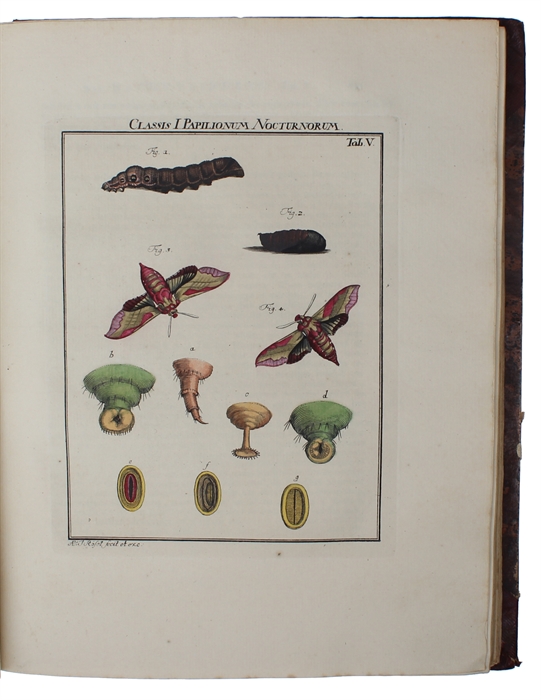 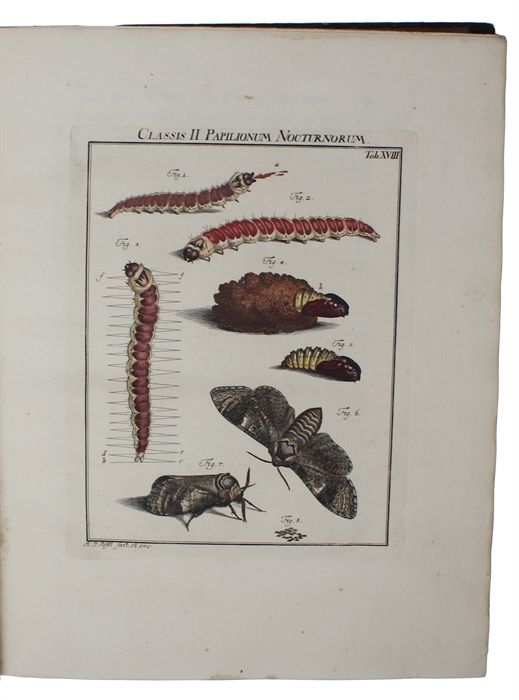 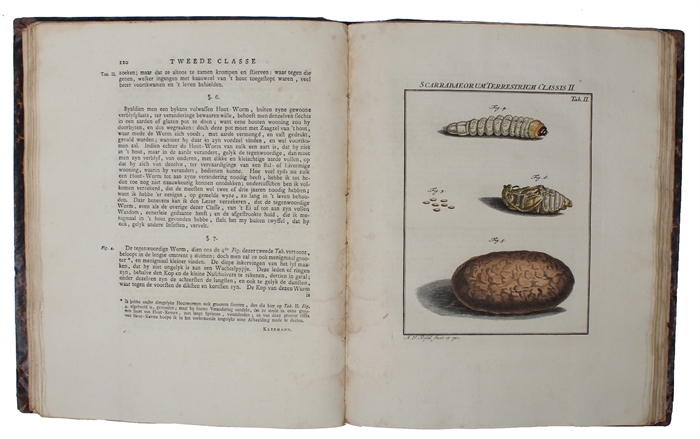 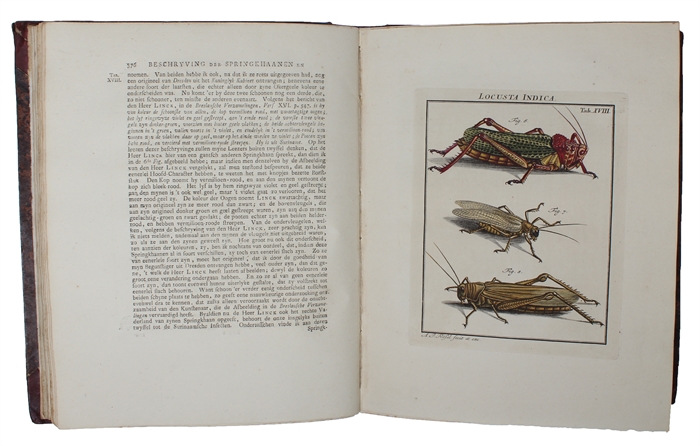 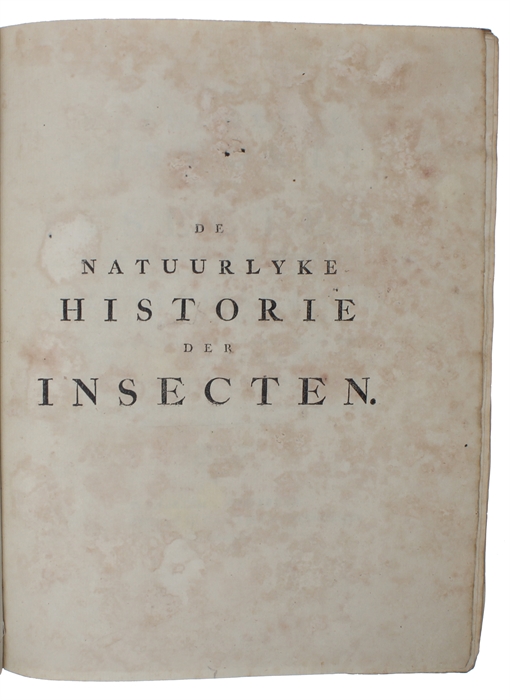 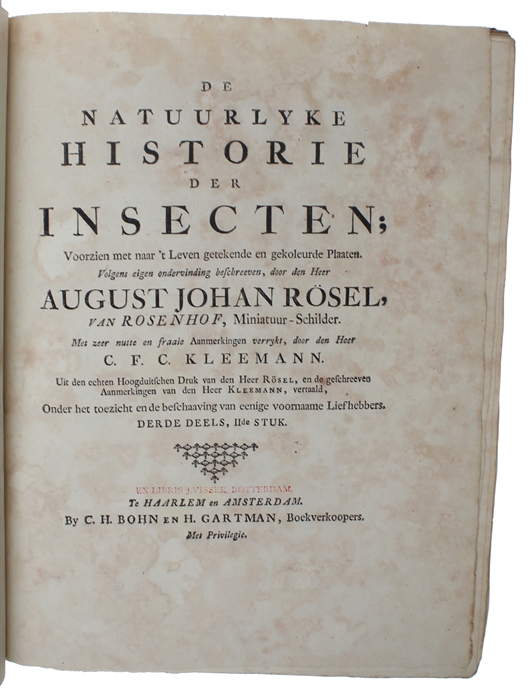 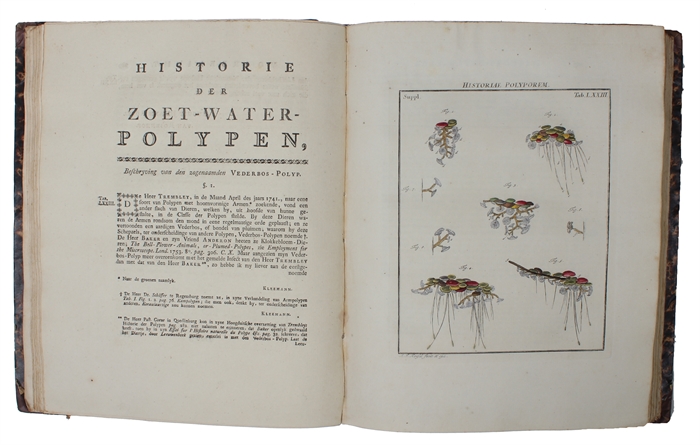 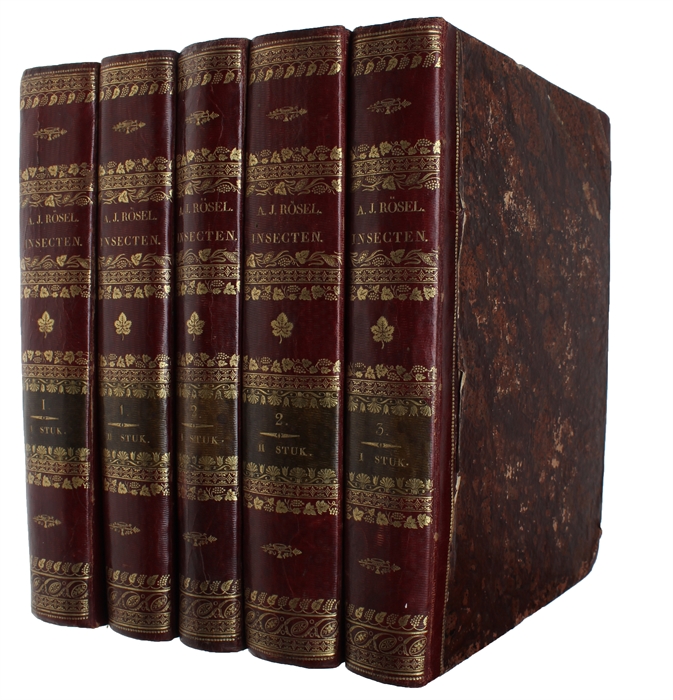 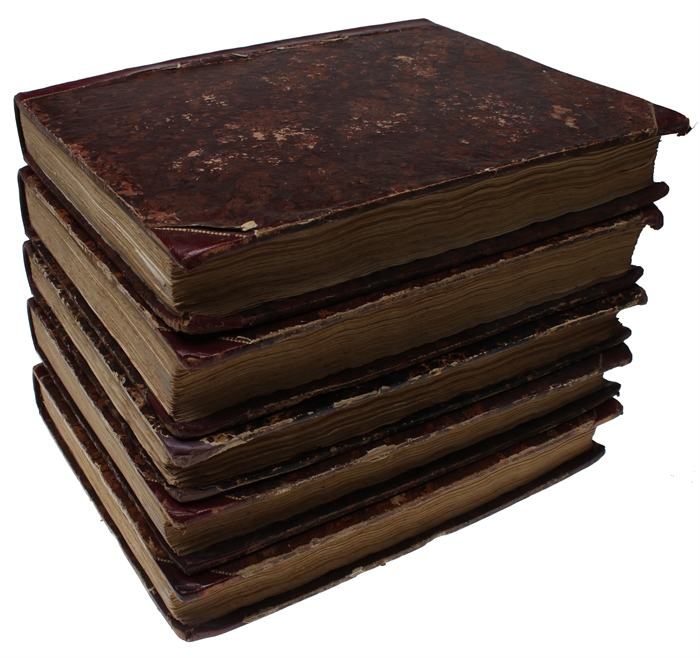 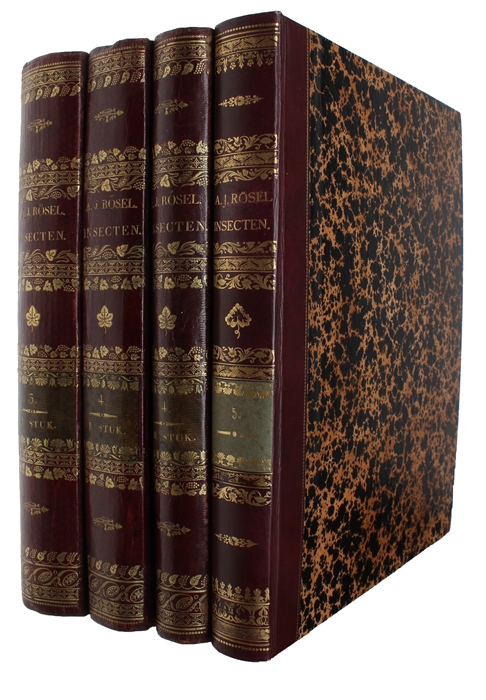 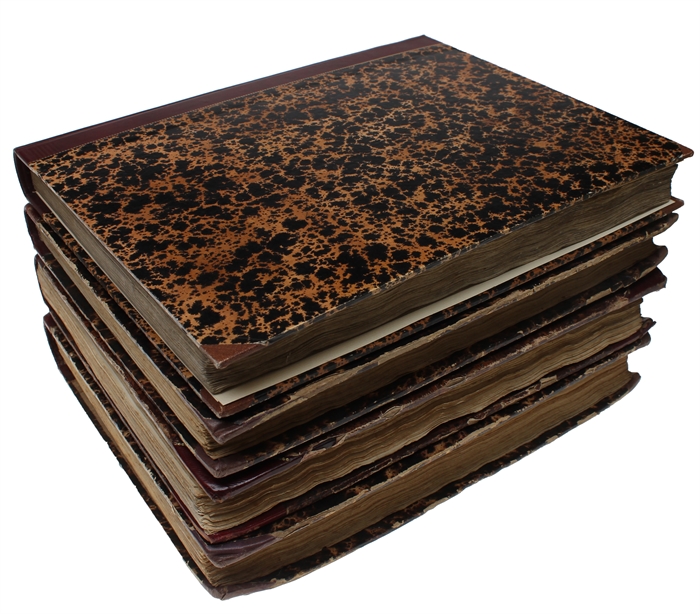 ONE OF THE MOST BEAUTIFUL WORKS ON INSECTS

First Dutch edition, preferable to the original German and including the rare 5th supplement volume, of “one of the most beautiful German works on insects of the period” (Landwehr). It is considered one of the most stunning and important works on insects from the 18th century, with over 300 bright and detailed scientifically correct hand-colored plates. The publication was a major step in the classification of insects and the helped lay the foundation for the important advances in natural sciences in the decades to come. Primarily due to the present work, Rösel is now widely regarded as one of the fathers of German entomology.
The present Dutch edition is to be preferred over the German original, as it is printed on heavier and larger paper and the colouring is done more meticulously and detailed.

Although the exact publication dates are unknown, the 'Privilegie' is dated 27 June 1765 and it appears that by this date, printing had begun. By 1773, Gartman had replaced de Wit as co-publisher with the intention of offering the work in issues of 4, 6 or 8 plates every two months. The work was completed sometime between 1788 and 1794. This copy includes the unfinished fifth volume supplement with 26 plates by Kleeman in Landwehr's third state (without title-page and with text on page 192 ending abruptly).

August Johann Rösel von Rosenhof, a German artist and naturalist, was trained as a miniature painter. While recuperating from an illness, he was introduced to a book by Maria Merian, 'Metamorphosis insectorum Surinamensium' (1705), which contained beautiful colored engravings of insects. Consequently, Rösel immediately turned his attention to drawing butterflies and caterpillars.

"After years of preparation the first installment of Der monatlich-herausgegebenen Insecten-Belustigung finally appeared in 1740. Roesel wrote a preface in which he attempted to define the insects as a systematic unity and to divide this unity into classes, orders, and families. In the entire work he devoted the most space to the butterflies; beetles, grasshoppers, crickets, gnats, flies, and dragonflies were not considered until the second volume. The third volume contains (along with descriptions of butterflies) essays on crayfish and the natural history of the polyps, which Roesel studied for more than a year, until he succeeded in finding them for the first time. Roesel’s son-in-law and closest collaborator, Christian Friedrich Carl Kleemann, took charge of the publication of the last installments of the third volume and of all of the fourth volume". (DSI - Database of Scientific Illustrators 1450 - 1950).

In the biography of his father-in-law, Kleemann wrote: “The consequence of this ardent research and exploration was a painful joint ailment and finally, indeed, a serious apoplectic fit.” Further strokes led to the paralysis of Roesel’s left side. Several weeks before his death Roesel was admitted to the Altdorfer Deutsche Gesellschaft (16 February 1759).