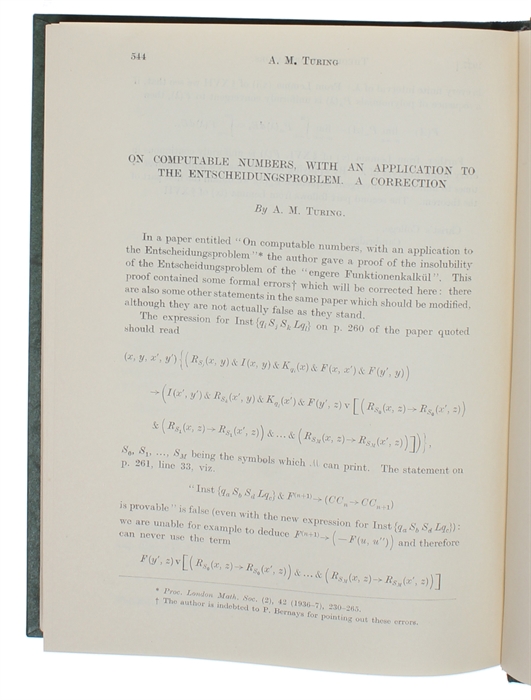 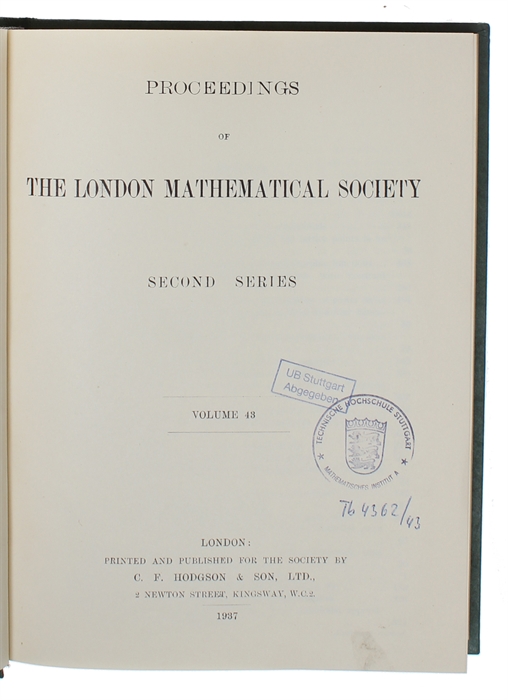 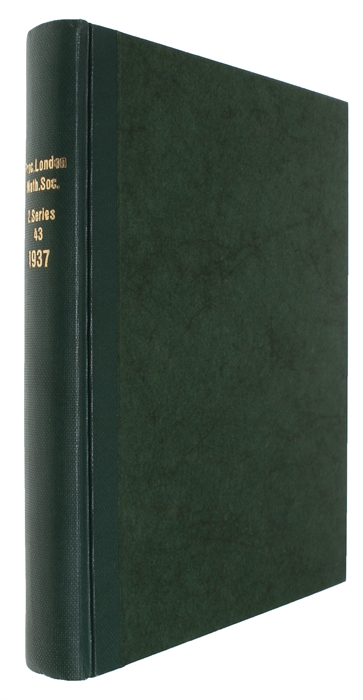 TURING'S CORRECTION TO HIS "ON COMPUTABLE NUMBERS"

On Computable Numbers with an Application to the Entscheidungsproblem. A Correction.

First edition of Turing's correction of his landmark work "On Computable Numbers"; "undoubtedly the most famous theoretical paper in the history of computing. It is a mathematical description of what Turing called a universal machine - an imaginary computing device designed to replicate the mathematical "states of mind" and symbol-manipulating abilities of a human computer." The work initiated mechanical and electronic methods of computing and must be considered one of the most important contributions to the invention of the computer.

In the appendix of his milestone-paper "On Computable Numbers" from 1936, Turing gave a short outline of a method for proving that his notion of computability is equivalent with Alonzo Church's notion of lambda-definabilty: "Back for three month in the mild Cambridge summer of 1937. Bernays, in Zurich, had perhaps rather annoyingly found some errors [in "Computable Numbers"] in his proof that the Hilbert decision problem, in its precise form, was unsolvable, and these had to be put right by a correction note [The present paper] in the LMS Proceedings" (Hodges, Alan Turing - The Enigma).