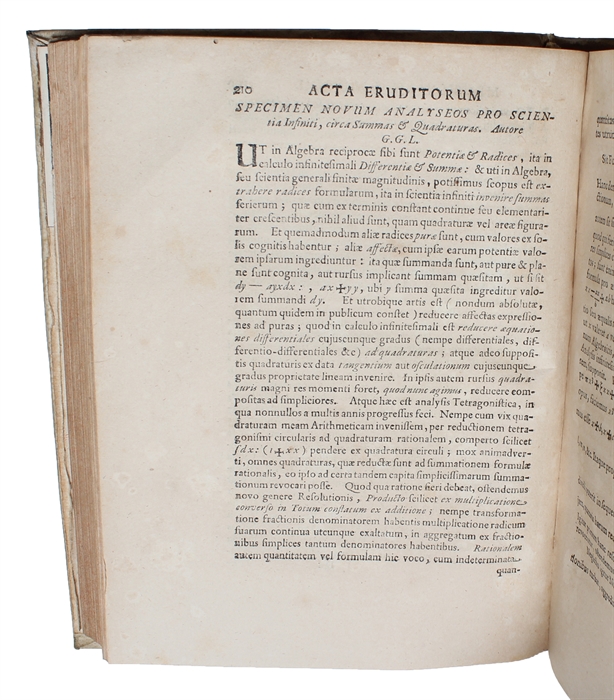 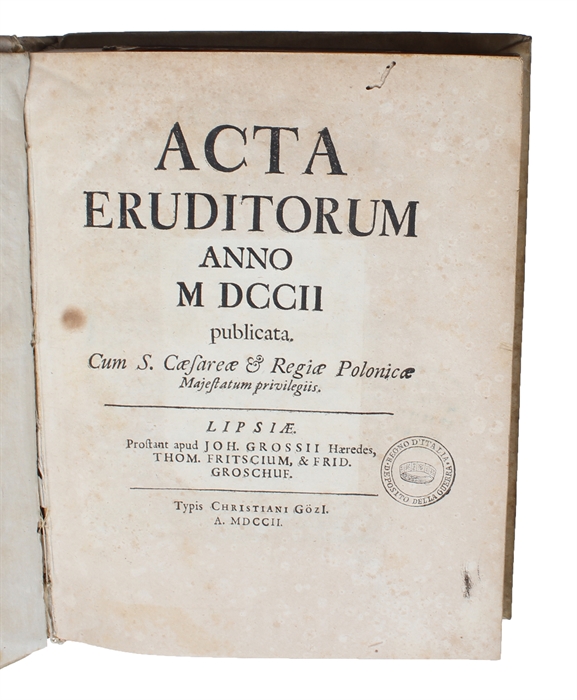 THE INTEGRATION OF RATIONAL FUNCTIONS

First edition of Leibnitz' important work on the integration of rational fractions, the "New specimen of the Analysis for the Science of the infinite about Sums and Quadratures", in which Leibnitz investigates the factorization of real polynomials and thus comes close to the "fundamental theorem of algebra" (the theorem that states that every non-constant single-variable polynomial with complex coefficients has at least one complex root, and that field of complex numbers is algebraically closed), which was not attempted proven until 1746 (by d'Alembert, whose proof was incomplete), and which was not actually proven before the 19th century (by Argand, and more fully by Gauss).

The present work constitutes the first printing of Leibniz' new examples of calculating with infinite numbers, a most fundamental work for the further development within algebraic equations and integral formulae.