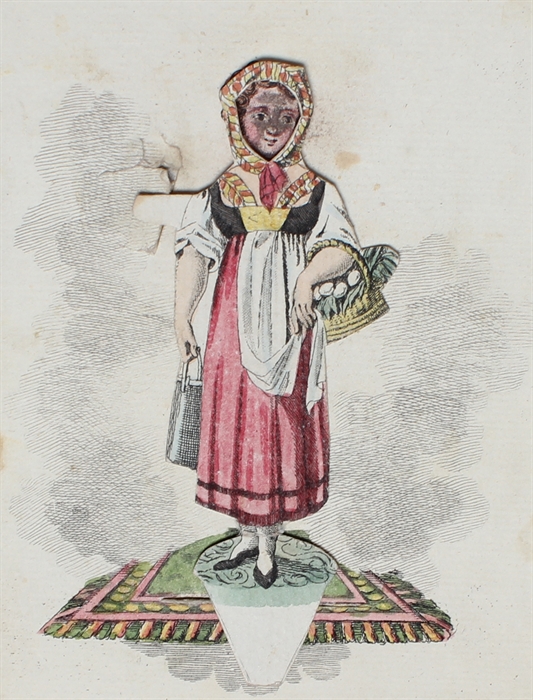 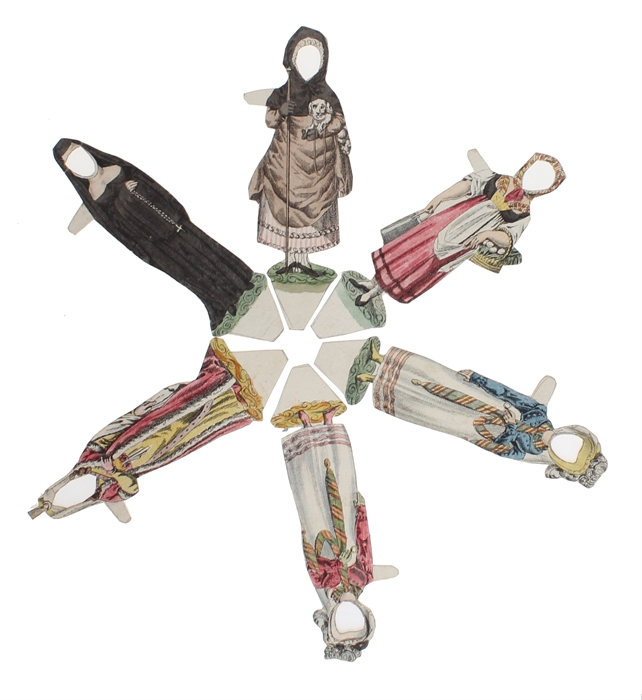 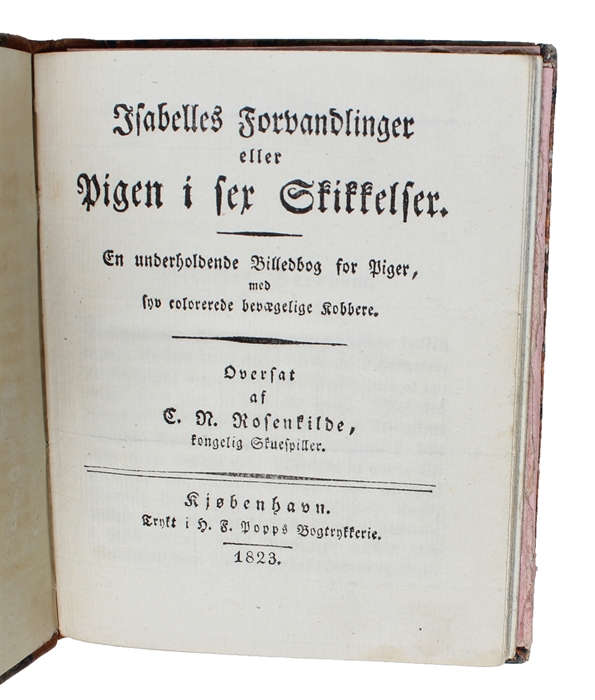 Small 8vo. (13x10 cm). Nice contemporary half calf with double gilt line decoration to spine. pp. 16-26 with tears, affecting text of three leaves, but no loss of any kind. One leaf with a small hole, affecting a few letters. The original folder compartment at the end has one of the folder-flaps renewed with matching pink paper. This compartment contains the pasted-down engraved figure of the girl (Isabelle), with small holes in which to place the moveable parts as well as the six loose costumes (with cut-out for the head of the base-figure) for the girl, all fully intact. Both the base-figure and the costumes are engraved and hand-coloured. The base-figure with a bit of soiling and light wear and tear to one of the holes/flaps in which to fasten the costumes.

Paper dolls were by no means a new invention in 1823, when the present book was published, but the first commercially produced, first manufactured one had appeared merely 13 years erlier, in the famous little children's book "Little Fanny", produced by S&J Fuller, London, in 1810. "Little Fanny" is also a little book in the same format and style, and "Isabelles Forvandlinger" is with all probability inspired by "Little Fanny". "Isabelles Forvandlinger" is translated from the German "Isabellens Verwandlungen", which was published, also anonymously, in Vienna, without year, but also around 1823. The Danish translation thus appeared almost simultaneously, and it is still unknown who the author is.

Before these books, only privately cut paper dolls existed. It is with theses small publications of the early 19th century, that the commercially manufactured paper doll first sees the light of day.

First celebrity paper doll: A doll portraying the renowned ballerina Marie Taglioni, published in the 1830s. In 1840, a boxed set was done of another ballerina, Fanny Elssler, as well as of Queen Victoria.

The earliest paper doll in the National Museum of Denmark is from 1870.

The present publication is of the utmost scarcity, with merely two copies located in libraries world-wide - 1 in Copenhagen, 1 in Berlin.