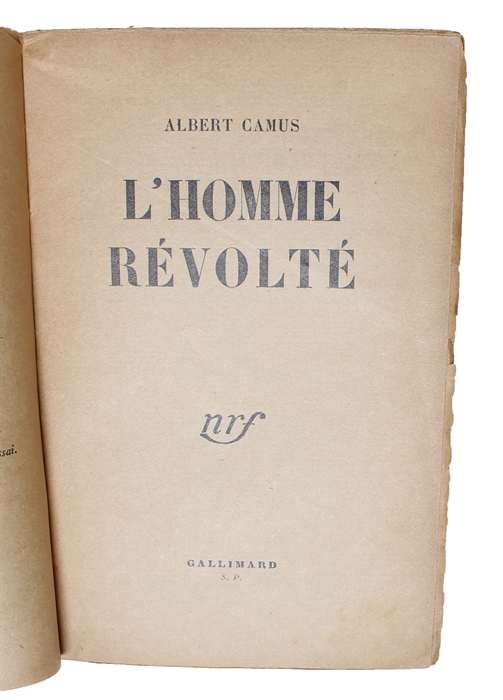 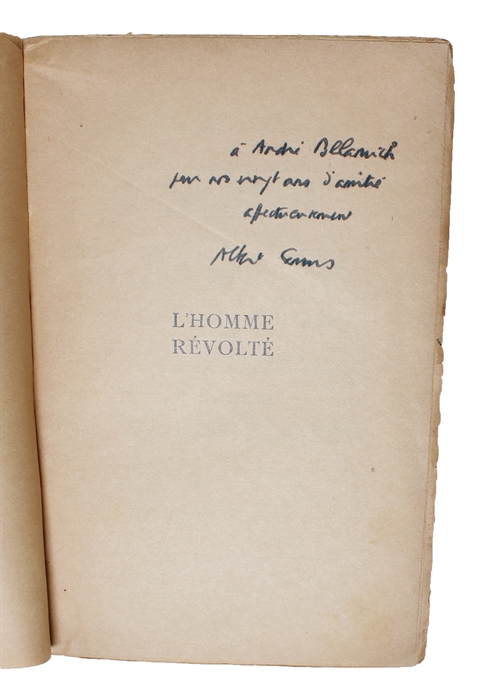 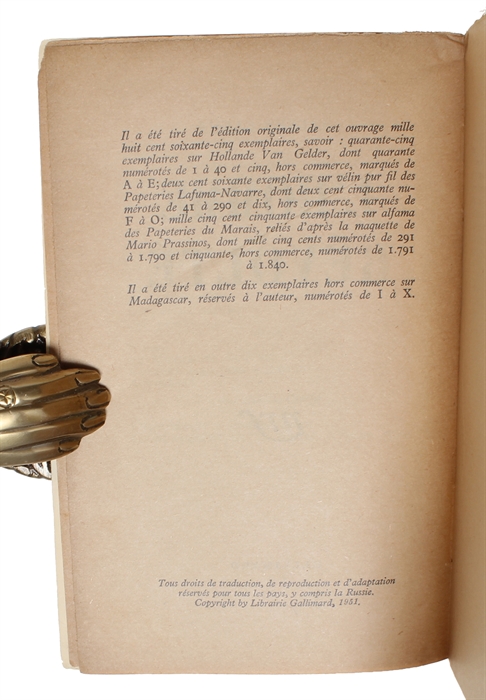 8vo. Uncut in the original printed wrappers. Light wear to extremities and light brownspotting to spine. Paper browned. All in all a nice and clean copy. Housed in an elegant grey half morocco chemise with siver lettering to spine and a creme paper slip-case (signed Devauchelle). 382, (2) pp.

André Belamich was one of the people closest to Camus. They met in 1932, when Camus was merely 19 years old and they were both in high school. They joined the Algerian Communist Party together and both became forerunners of the famous Algerian School of progressive spirits.
Belamich also became a famous writer and has translated many important works into French, e.g. by Jane Austen, David Lawrence, and most notably Garcia Lorca, who he introduced to the French-speaking world.
The two young Algerians authors enjoyed a close, life-long friendship that did not die with Camus' tragic death. Belamich was with Camus when he received the Nobel Prize and stood by him his entire life. He has contributed to several Camus-biographies, and Camus' last, unfinished novel also reflects their long-standing friendship.

Famous for it's opening lines "What is a rebel? A man who says no: but whose refusal does not imply a renunciation. He is also a man who says yes as soon as he begins to think for himself. A slave who has taken orders all his life, suddenly decides that he cannot obey some new command. What does he mean by saying 'no'?", the novel addresses themes that have never lost their relevance, like terrorism, rebellion, art, etc., and counts as one of the great literary productions of the 20th century.