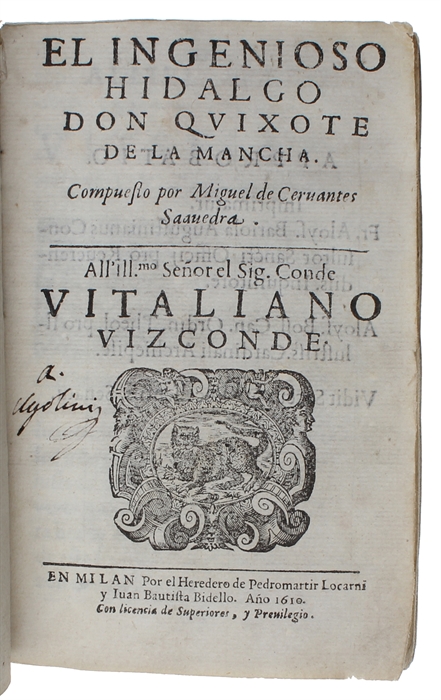 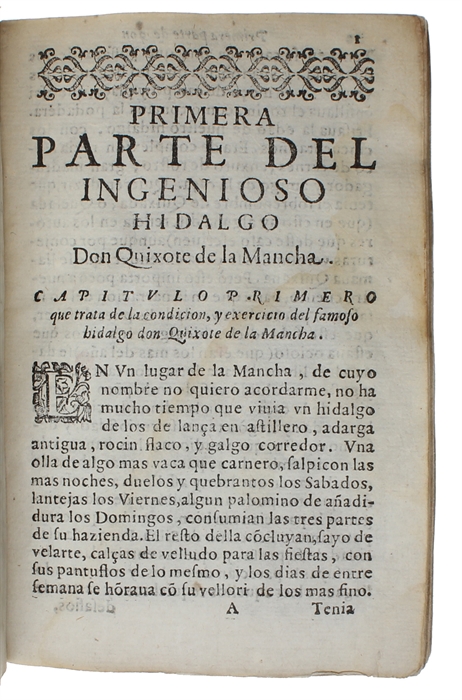 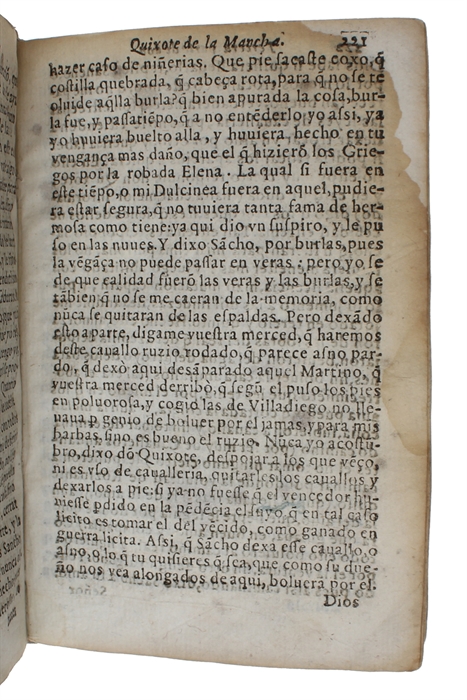 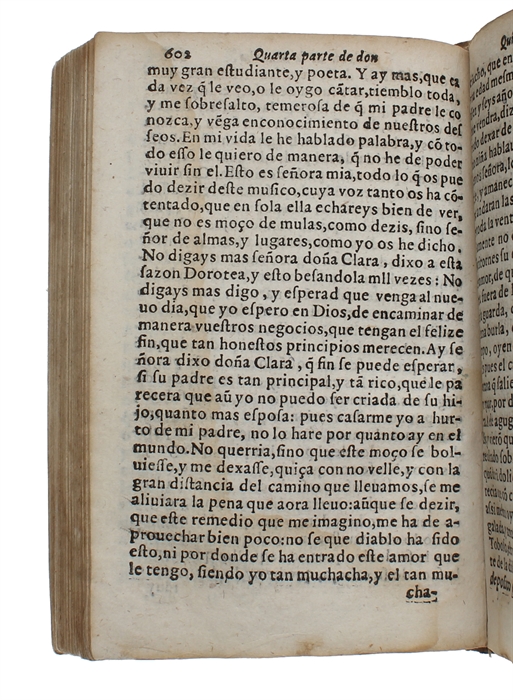 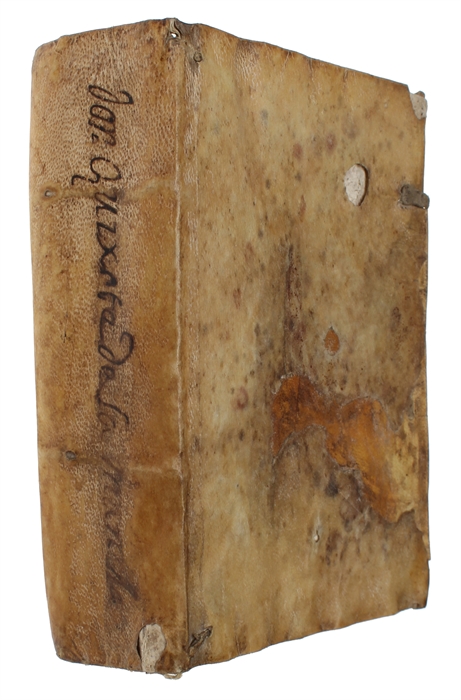 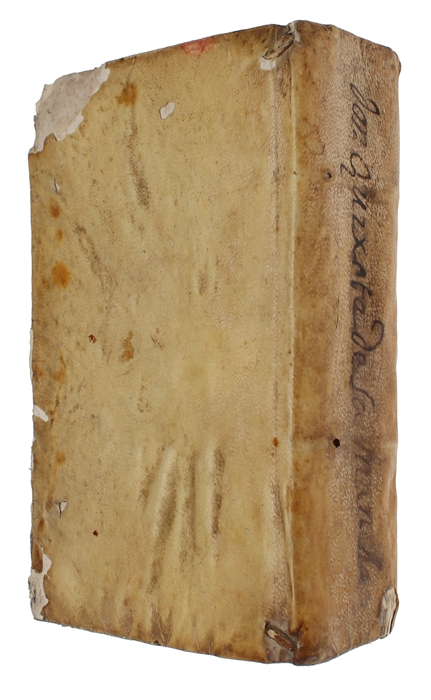 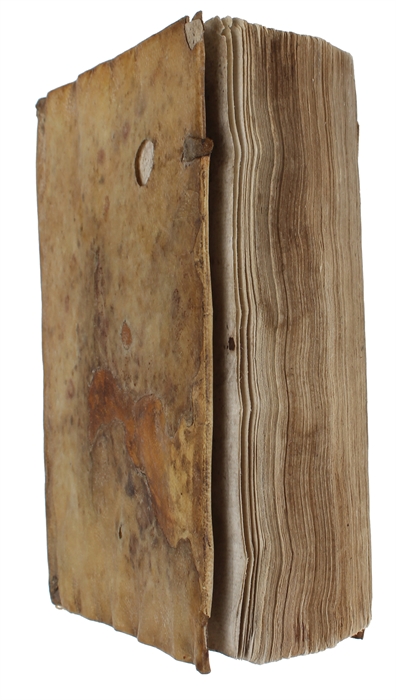 THE FIRST 'DON QUIXOTE' TO BE PRINTED IN ITALY

8vo. In contemporary full limp vellum with title in contemporary hand to spine. Extremities with wear. Repair and a small hole to front board and missing vellum on upper outer corner of back board. Previous owner's name in contemporary hand to title-page. First 8 leaves lightly washed. Damp stain throughout, however mainly affecting pp. 169-340. The paper is still good and solid. A good copy in its original binding. [Blank], 16 ff, 722 pp, [blank]. [mispaginated between pp. 704-707, as called for].

Scarce first edition of 'Don Quixote' to be printed in Italy, being the 10th overall printing of part one, preserved in its first binding. The editor changed Cervantes's dedication to the Duque de Béjar for that of Vizconde Vitaliano, otherwise the text follows that of the second edition printed in Madrid by Juan de la Cuesta in 1605.

This masterpiece, which established the genre novel in Western literature, was first published by Cuesta in Madrid in 1605 and became an instant success. The first edition, published in Madrid in 1605, was followed by three pirated editions later the same year and two further authorized editions. The first part of Don Quixote was revised by Cervantes up to and including the third Cuesta edition of 1608, the second part was not published until 1615.

“The first part of Don Quixote came out in 1905. What had begun as a simple satire on the tedious chivalric romances of the time broadened into a sweeping panorama of Spanish society; and it was this, the variety, the liveliness, and the gibes at the famous, which won it instant fame. Its larger claims, the subdued pathos, its universal humanity, were slower to be appreciated. But within months Don Quixote and Sancho Panza had become legendary […]. Don Quixote is one of those universal works which are read by all ages at all times, and there are very few who have not one time or another  felt themselves to be Don Quixote confronting windmills or Sancho Panza at the inn.” (PMM 111)